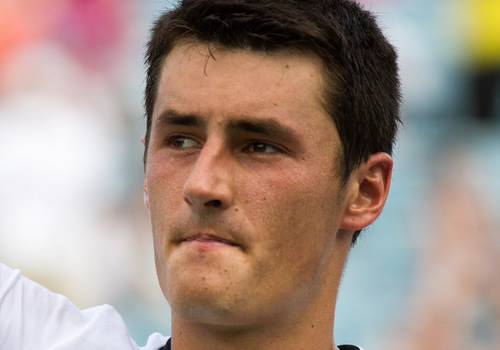 Wimbledon has tossed up another shock result as Australian Bernard Tomic stunned ninth seed Richard Gasquet to book his place in the last 16.

The 20-year-old battered and battled his way through but much of the post-match talk surrounded the off-court problems that have dogged Tomic this month.

The ATP recently banned John Tomic, his father and coach, after he was charged for assaulting the former Wimbledon quarter-finalist’s practise partner -something he denies.

After the match Tomic said: “I’m very, very happy. It’s a huge a win for me. I played very well today, and I needed to against Richard.”

Of his father’s absence, he continued: “It’s difficult, it is hard.

“It’s not the same feeling. I’m trying as much as I can to push through it, to play these guys. I’m doing well at it.

“But the main thing is I’m having fun. I’m trying to relax as much as I can.

“I called my dad and he was very happy. Obviously to beat a player like Richard is not easy.

“I talked to my dad. He said I did the right things to have a chance of beating him.”

The young Australian has always been one to produce his best tennis for the Grand Slams and will have to be on top form against the splendid grass-court specialist Berdych in the next round.

“It’s not easy because Tomas is very strong,” Tomic said of his next opponent.

“He hits a big ball. You’ve got to be ready. I think I can use what I have and really give it to him because I think if I play my tennis, he’s not going to like what I have to offer.”

Wimbledon 2013: Sloane Stephens through to last 16