Wimbledon 2013: Marianne Bevis rounds up some of the bits and pieces ahead of the third Grand Slam of the year 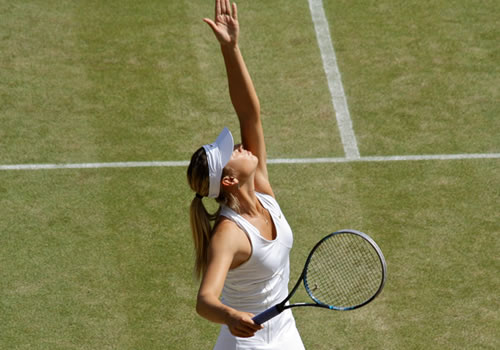 2013 marks the 40th anniversary of the founding of the Women’s Tennis Association. More precisely, the WTA was borne out of a meeting held in a room at the Gloucester Hotel in London the week before Wimbledon.

So this, the 120th staging of the women’s Wimbledon singles championships, is special in more ways than one.

Maria Sharapova on Wimbledon, which she won for the first and, thus far, last time in 2004:

“It’s been special ever since I was a junior. I love everything about it, including the weather. I love the rain, so maybe that’s why I don’t mind breaks. I expect to be going off the court a few times. Comes with the territory of being here!”

Maria Sharapova on getting back to basics:

“The reason I don’t play a warm-up event is because of so many tournaments back-to-back. It’s always just nice to get back to working, to playing, working on a few things here and there. Sometimes when you get in a groove of playing so many matches you lose that work ethic a bit.”

Age shall not wither them…

Francesca Schiavone is playing in her 52nd consecutive Grand Slam, a run that began at the 2000 US Open.

Kimiko Date-Krumm is the oldest player in this year’s draw, aged 42 years, 269 days. She made her Wimbledon debut in 1989 when 59 of this year’s players in the main draw had not been born.

The 2013 Wimbledon draw has 14 players aged 30 or over compared with 13 teenagers, the youngest of whom is Donna Vekic, age 16.

Azarenka—knows how to play matches:

“Well, I never like to play the week before the Grand Slam because I would love to only concentrate before a Grand Slam on that. The short period of time between French Open, you need some time to recover, to be fresh. Because once you play the Grand Slam it really takes a lot out of you. So it’s important to be fresh.

Top of the pile when it comes to records and achievements is No1 seed Serena Williams, the oldest woman in the WTA rankings to hold the top spot. By the time The Championships are over at SW19, win or lose, she will celebrate the 11th anniversary of first reaching the No1 ranking.

“I mean, we all know how to play matches, how to play tennis, so that’s not going to probably lose itself. But it’s important to be healthy and fresh.”

Williams also leads all active players with 236 Grand Slam match wins and is the season leader with six titles and a 43-2 win-loss record—her longest winning streak.

“At the end of the day, we have a tremendous amount of respect for what we do on the court. I just think she should be talking about her accomplishments, her achievements, rather than everything else that’s just getting attention and controversy… She has so much in her life, many positives, and I think that’s what it should be about.”

And Serena on Maria:

“Well, when the article came out I immediately made it a point to reach out to Maria, because she was inadvertently brought into the situation by assumptions made by the reporter. I personally talked to Maria at the player party, incidentally. I said, Look, I want to personally apologise to you if you are offended by being brought into my situation. I want to take this moment to just pour myself, be open, say I’m very sorry for this whole situation.”

And Serena, straight-faced, on being asked if she relishes a repeat of the French Open final with Maria:

“Absolutely. I think Maria and I have great matches…I think we both have so much intensity on the court, and we just really love the game.

“I think everyone [would like to see that]. Well, not everyone. There’s a couple people on the other side of the draw that would be like, ‘No, I want it to be me.’” 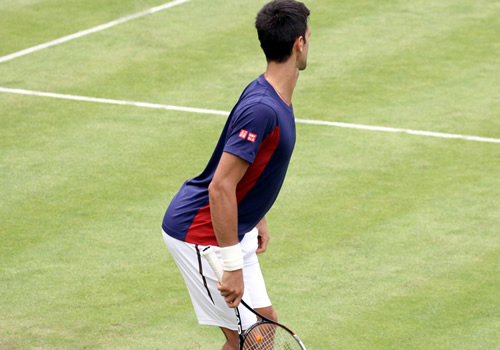 Mid-way through Sharapova’s news conference, Novak Djokovic burst into the room to ask what she thought of the impressions he and her boyfriend Grigor Dimitrov had done of her at their Stoke Park exhibition match. He didn’t reveal how reluctant Dimtrov had been to get involved—but she had obviously seen Djokovic’s performance, and was not impressed:

“By the way, I don’t do any of those things anymore. None of those. I don’t stick my ass out anymore, OK? I don’t do this with my hair anymore. You haven’t watched me play recently.”

[DJOKOVIC: I watch you play.]