Wimbledon 2013: British No7 Jamie Baker has announced his retirement from tennis at the age of 26 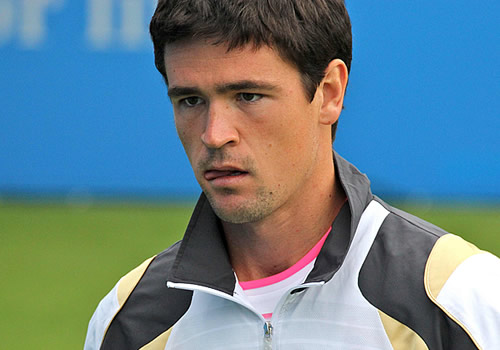 British No7 Jamie Baker has announced his retirement from tennis at the age of 26.

Baker reached a career-high ranking of No186 in June last year but has since slipped to No333.

The Scot’s career has been blighted by injury and illness, including contracting an auto-immune disease in 2008 that left him in intensive care.

Baker failed to qualify for this year’s Wimbledon singles and played his final match at SW19 in the doubles with Kyle Edmund, losing in straight sets in the first round to David Marrero and Andreas Seppi.

“I think over the last six to 12 months the day-to-day enjoyment of the tennis lifestyle has really weakened, but also at the same time my interest in pursuing the skills I’ve developed within tennis in another career has really strengthened,” Baker told a news conference at Wimbledon.

“Tennis has given me an amazing education and life. Because I have developed so many skills, that’s probably one of the main reasons I feel this is the right time to go on to something new.

“I’ve always known it’s pretty straightforward to start a career that is a passion, and I’ve equally always known that the difficult thing is knowing when to move on.”

Baker added: “For me, ending on a high note – having qualified in Australia and at Queen’s – I feel I’ve now reached a place where I’m satisfied I’ve done that.”