Wimbledon 2013: Top seed Novak Djokovic is feeling in top shape as he targets a second title at the All England Club 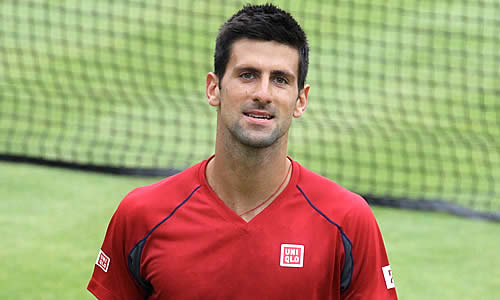 Novak Djokovic insists he is feeling in top shape as he targets a second Wimbledon crown.

The Serb, who won his first Wimbledon title in 2011, is aiming to bounce back from his thrilling five-set semi-final defeat by Rafael Nadal at the French Open earlier this month.

And the 26-year-old top seed has warned his rivals that he feels in good form heading into the third Grand Slam of the year.

“Everything is going according to plan and hopefully I can get in the best possible shape for the start of Wimbledon,” said Djokovic on his return to his traditional Wimbledon warm-up at The Boodles in Stoke Park.

“I know what I need to do in order to adjust from the slowest to the fastest service in a very short period of time. It is difficult but it’s the same for everyone.”

He added: “There’s no bigger motivation than playing in the most prestigious tournament in the world in our sport, the one that I always dreamed of winning,” said Djokovic.

“I won it two years ago and it’s definitely been the highlight of my career. I love playing at Wimbledon.

“Grass is the most special surface we have in the sport; the oldest also. We play on it only a few weeks a year so we better use it wisely.

“I don’t think grass is my most preferred surface, but over the years I’ve played really well at Wimbledon, reaching the semi-finals several times and winning a couple of years ago.

“I like playing on it and it makes me be aggressive on the court. Hopefully I can raise the level of my game as the tournament goes on.”

Djokovic and Dimitrov get shirty

The crowd at The Boodles were thoroughly entertained by Novak Djokovic and Grigor Dimitrov on Thursday. Djokovic light-heartedly poked fun at Maria Sharapova’s on-court behaviour after having performed a strip-tease dance for the crowd as he changed his shirt and encouraging Dimitrov to do the same. Dimitrov didn’t have a spare shirt on court with him so his coach appeared with some and he had to comply. The pair even had time to exchange places with ball girls for a bit of fun. 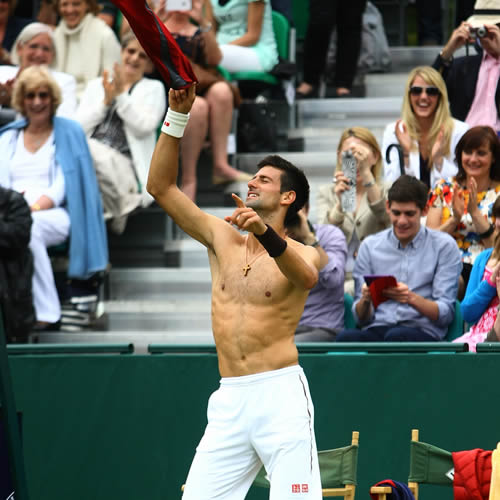 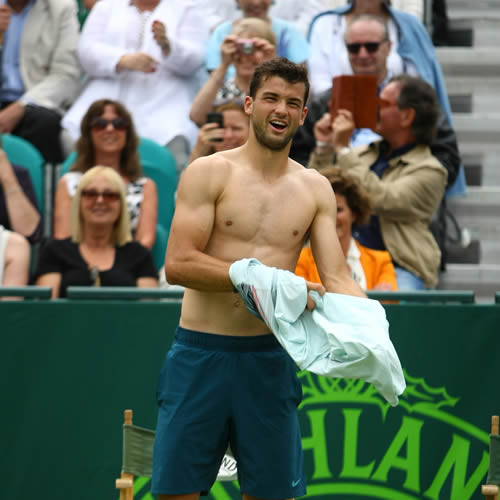