Wimbledon 2013: Searches for tickets ahead of the Grand Slam have increased since Andy Murray's win at Queen's, say viagogo 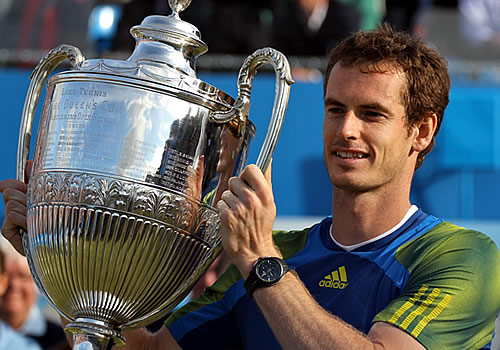 Andy Murray’s triumph at the Aegon Championships at Queen’s Club on Sunday has triggered a 237 per cent increase in searches for Wimbledon tickets, viagogo has reported.

Click here to buy tickets your Wimbledon 2013 tickets on viagogo!

The British No1 fought back from a set down to beat Marin Cilic in the final and win his third title at the west London club.

Murray was a losing finalist at Wimbledon last year as Roger Federer won his seventh title – and fans appear to be keen to book their places at SW19 as the Scot attempts to go one better at the 2013 Championships.

viagogo spokesperson Steve Roest said: “As ‘Murray Mania’ begins, getting involved in what could be sporting history is a must.

“It’s extraordinary to see how much his win at Queen’s has impacted ticket demand already, and confirms that Wimbledon will be much anticipated once again this summer.”

Tickets for the men’s Wimbledon final are currently trading at £2,950 on viagogo ahead of the match, which is due to take place on 7 July.

Click here to buy tickets your Wimbledon 2013 tickets on viagogo!

Viagogo is the official ticket exchange partner of The Sport Review