Wimbledon 2013: Five-time champions Venus Williams withdraws from the Grand Slam at SW19 due to a back injury 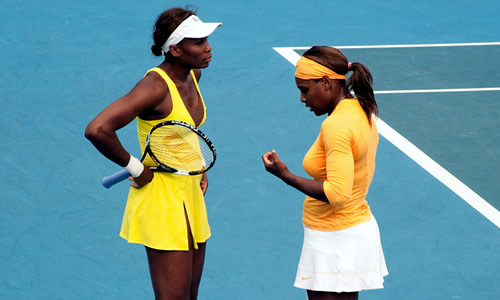 Venus Williams has withdrawn from Wimbledon as the five-time champion continues her recovery from a back injury.

The 33-year has been nursing the problem for most of 2013 and was beaten by British No1 Laura Robson at the Italian Open before losing in three sets to Urszula Radwanksa in the first round of the French Open.

Williams, who won the last of her five Wimbledon crowns in 2008, revealed she hopes to return to action for the World Team Tennis match in Washington in July.

The seven-time Grand Slam champion said in a statement on her Facebook page: “Unfortunately, I will not be able to participate in Wimbledon this year.

“I am extremely disappointed as I have always loved The Championships, but I need to take time to let my back heal.

“I look forward to returning to the courts as soon as possible, with my goal being to return to Mylan World Team Tennis on July 8th in Washington DC.

“Many thanks to my fans for the love and support and I will be seeing you very soon back on the courts.”

Williams won the first of her Wimbledon titles courtesy of a straight sets victory over Lindsey Davenport in 2000, while she beat her compatriot again four years later, with Justine Henin, Marion Bartoli and sister Serena Williams all losing in SW19 finals to the current world No34.