Wimbledon 2013: World No2 Victoria Azarenka hints the tournament's courts could be to blame for her early withdrawal 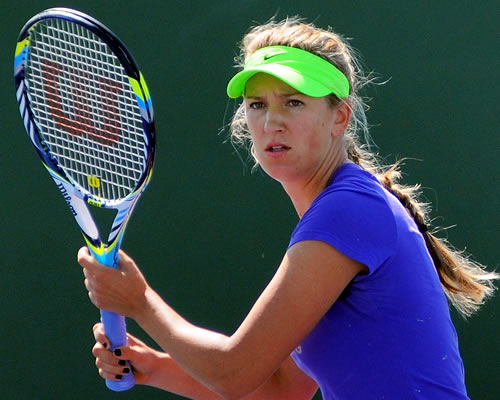 Victoria Azarenka has been forced to pull out of Wimbledon Photo: C Mesiano/Flickr

Victoria Azarenka has hinted that Wimbledon’s courts may be to blame for her withdrawal from the tournament as she became the fifth player to pull out of SW19 through injury.

The two-time semi-finalist fell heavily during Monday’s 6-1 6-2 first-round win over Maria Joao Koehler of Portugal, suffering an injury to her knee, and has failed to recover in time for her second-round tie against Flavia Pennetta on Centre Court.

The Belarusian joins Steve Darcis, who beat Rafael Nadal in the first round, number 10 seed Marin Cilic – also out with a knee injury, John Isner, and Radek Stepanek as one of five notable early retirements.

When quizzed about whether the playing surface during her opening match could have been to blame for her injury, Azarenka suggested that it is something that the tournament organisers should examine.

“I think there might be a cause. There’s something that could be looked into,” said 23-year-old Azarenka.

“The court was not in a very good condition that day. I mean, my opponent fell twice; I fell badly; there were some other people who fell after.

“So I don’t know if it’s the court or the weather. I can’t figure it out it. It would be great if the club or somebody who takes care of the court would examine or try to find an issue so that wouldn’t happen.”

Azarenka had continued her first-round match after receiving on-court treatment and heavy strapping, but ultimately failed to recover in time for her second-round match.

However, the current Australian Open champion allayed any fears that she was facing a lengthy injury lay-off.

“It was a very bad fall. I went to get an MRI, and I thought there was hope for some good news because MRI didn’t show something really torn, so that was a small positive note on that,” she added.

“But in the other way, didn’t show very promising near future for me. The injury maybe takes 48 hours gap, and to recover in two days after that seems impossible with the compensation on the entire body by finishing that [first-round] match.”