The ride we have taken with Andy Murray this summer has been emotional, energy-sapping and ultimately thrilling 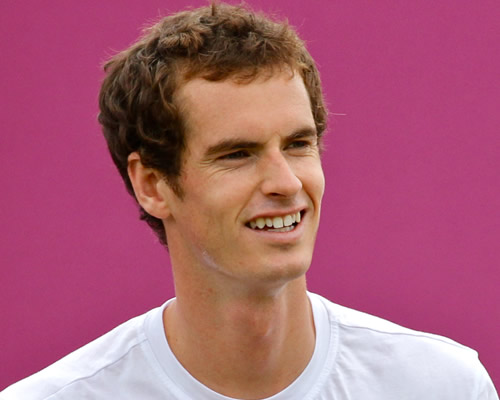 Finally, it seems, a nation can pause to draw breath.

The ride we have taken with Andy Murray through the high summer of 2013 has been emotional, energy-sapping and ultimately thrilling. It managed, even, to recapture a little of the euphoria that accompanied his last final on the same Wimbledon stage in the summer of 2012.

Such has been the wave of support through Murray’s journey to his first Wimbledon title that hardly a man, woman or child between London’s SW19 and Scotland’s Dunblane was left in any doubt about the scale of his achievement should he win—or about that 77-year record.

As the BBC proclaimed before Sunday was done, Murray’s victory over Novak Djokovic had filled not only the All England Club’s Centre and No2 Courts, not just Murray Mound and Dunblane’s Sports Centre, as well as pubs and clubs across the country, but had drawn the biggest TV audience since the Olympics: 17.3 million.

And it didn’t stop there. The Wimbledon website registered more users than any previous Grand Slam, 19.6 million unique users, and Facebook drew 20 million more. And when it came to Twitter, Murray left even social media aficionado Djokovic in the shade.

But it would be a long while yet before Murray—in his exhausted aftermath— could put his feet up: A nation continued to ride this wave on through the night and all next day.

First came post-match press, where any talk of celebration was quickly quashed: “We have to got to the ball…I’ll finish doing these things, have drug tests—yeah, [eventually] have fun with the team.” And then there was the regular post-match recovery—physio, and the dreaded ice bath that featured in the BBC’s hastily re-edited documentary the night after Murray’s win.

He managed, he admitted, just an hour’s sleep before the merry-go-round cranked up the morning after the night before. Between 8 and 10.30am back at the All England Club, he was wheeled from one microphone to another. Then it was a charity fund-raiser for Adidas, and a chance for locals to hit with the champion. He made his final blog for the BBC website, did a Q&A on Twitter and Facebook, and hastened to 10 Downing Street for the obligatory reception.

Such is the regime for every champion, and something that the naturally reticent Murray has learned to take in his stride: “You may as well get used to it and try to enjoy it”, he said recently of his image-boosting photo-shoot for GQ magazine.

But with Murray, the quiet presence at the centre of his media storm, there is, as there has always been, something admirably unstarry about him. As the BBC film showed the world, he is dedicated to his sport, to back-breaking hard work, to his terriers, and to the close-knit team of friends and family to whom he attributes so much of his success. Indeed so boring does he regard himself that he claims the media even gave up door-stepping the home he shares with his girl-friend of many years’ standing, Kim Sears.

And now that Murray has become the hero so long demanded by his home nation, this un-self-regarding quality has become a significant part of his appeal, but it was not always so.

As soon as he emerged from the junior ranks—he turned pro after winning the Junior US Open title at 17—Murray made his first appearance at Wimbledon in 2005 and reached the third round. He broke the top 10 just before he turned 20, reached the Wimbledon quarters in 2008, then made three consecutive semis before coming within touching distance of the gold trophy last year.

He afterwards wept, but appeared finally to believe, and went on a month later to beat the same foe, Roger Federer, and claim Olympic gold. Another six weeks on, and he was a Grand Slam champion at the US Open. The shackles, it seemed, were off.

Murray went on to reach the finals of the Australian Open and, this week, to contest his fourth consecutive Grand Slam final. But with 2012 glory still fresh in British minds, the burden of expectation once again descended onto Murray’s shoulders.

Only after his victory did he reveal the true weight of that burden:

“It’s hard. It’s really hard. For the last four or five years, it’s been very, very tough, very stressful, a lot of pressure. The few days before the tournament, really difficult as well.”

Despite the burden, though, there was something different this time around. British expectation was changing to something else, to hope, as a result of growing affection for the man who let down his guard on Centre Court last year. And if that was not been enough to get the British public on his side, Murray’s conversation with Sue Barker on the BBC was.

From the impact on him of the Dunblane tragedy—he escaped it by minutes—to the comments of Sears, close friend Ross Hutchins and Oscar-winning Kevin Spacey, Murray revealed something of the emotional and witty individual that had previously appeared only fleetingly behind his news conference eyes.

But to strength and sensitivity can be added two more qualities that make Murray the special champion he is.

The first is his understanding of the impact of what he achieves on others.

Few who have watched Murray’s evolution since tying up with Ivan Lendl 18 months ago could be surprised by the Briton’s acknowledgement of Lendl’s impact on his career—and credit is also owed to Murray’s astute self-analysis in recognising the kind of coach he needed for his own development. Many, however, would be surprised that Murray so firmly singled out Lendl after winning his title:

“Ideally, he would have won it himself, but I think this was the next best thing for him. He believed in me when a lot of people didn’t. He stuck by me through tough losses. He’s been very patient with me. I’m just happy I managed to do it for him.”

Then he acknowledged the people from his home town: “Thanks for always supporting me: I’m glad I managed to win this one for them.”

And even in addressing the media, he showed a need to prove something: “I know for you guys, it’s important that I win this tournament: You know I tried my best. I worked as hard as I could to do it.”

Murray’s other special quality is his unswerving work ethic, apparent in his childhood determination to leave home to train in Spain and shining like a beacon through every loss, every knock-back. He has stood by the innate belief that working harder would eventually deliver its reward.

Take this, after losing to Rafael Nadal—a long-standing friend since Murray first went to Spain—for the third time at Wimbledon in 2011:

“Work harder than I ever did before. Try and improve my game and get stronger. Be more professional. Try and learn from what happened and think about the things that I need to improve. That’s all you can do. You’ve just got to work harder than you have done in the past to get better. It’s a very tough era in tennis.

“Every week, every month, you learn something new in your training, in your matches, in practice, your diet, the gym, the training that you do. I just need to try and get better.”

After his semi-final loss to Federer at the 2012 World Tour Finals, Murray—by now, the Olympic and US Open champion—chose to spend his first Christmas at home in three years, but:

“If you told me last year I’d be sitting in this position with the results I had last year, I would have signed up for that straight away. I’m happy with the year and I’ll work really hard in December to get better.”

And now he attributes his success to the same unglamorous strategy:

“I think I persevered. That’s really been it, the story of my career probably. I had a lot of tough losses but I think every year I always improved a little bit…

“I kept learning and I kept working as hard as I could. When I lost those matches, sometimes I dealt with them badly, but I think the last few losses that I’ve had in Slam finals I’ve dealt with them a lot better.”

And this is the very quality that Federer highlighted before that semi-final in London last November:

“I think his confidence overall is higher today than it used to be just because of all his victories, all his performances day in, day out over many years now. It’s not just this year. People forget how consistent he’s actually been already since many years.

“To me, he was always probably going to be a player who needed just a bit more time than let’s say a Nadal or a Djokovic. He’s more in my category where he just needed more time to fill out his game.”

It’s an interesting comparison, but Murray agreed in his closing BBC blog yesterday that his has been a slow-maturing process:

“A lot has changed for me in the time I’ve been coming to Wimbledon and the expectation and interest has got bigger and bigger. That can be difficult to handle and when I was younger, it might have made me angry sometimes. I was still a kid in those early days and maybe not mature enough to deal with those things.”

For now, with the responsibilities of a Wimbledon champion thoroughly fulfilled, the Murray with the ‘filled out game’ will allow himself a break before returning to defend his first Major:

“I need to make sure I don’t get sidetracked by anything. And after the next few days—enjoy it and celebrate and stuff—go away, rest up and get ready for the US Open. Because I’ve never had to defend a Grand Slam before. That will be a new experience for me, and I look forward to it.”

So after we’ve all caught our breath, let’s not expect more of the same from Murray, but rather journey in hope in the company of one rather special champion.