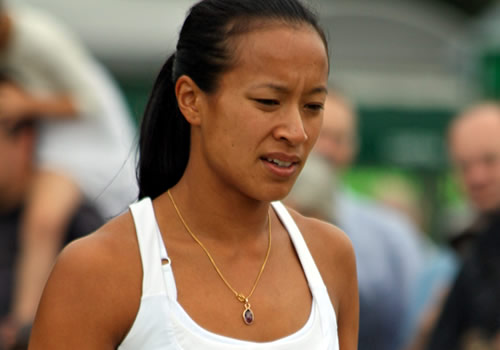 Former British No1 Anne Keothavong has announced her retirement from professional tennis.

Keothavong, who will join BT Sport as part of the broadcaster’s tennis coverage, started her professional career in 2001 before reaching a career-high WTA ranking of 48 back in early 2009, becoming the first British woman in 16 years to crack the world’s top 50.

“I have given my decision a lot of thought and I believe this is the right time to move on to the next stage of my career,” Keothavong, who made 13 consecutive main draw appearances at Wimbledon, told the LTA’s website.

“I have had some magical moments along the way and I would like to thank my family for their unwavering support and encouragement, the LTA for their fantastic backing, my coach Jeremy Bates and also Nigel Sears who have both been very influential in my tennis career and of course, the great tennis fans in Britain and all over the world.

“I think I am leaving tennis in excellent shape with both Laura Robson and Heather Watson leading the way for Britain in the women’s game. I am now focussing on my exciting new challenge with BT Sport where I hope I can provide insight and analysis for tennis fans.”

“Anne has been a true ambassador for British Tennis, both on and off the court during her entire career,” said LTA chief executive Roger Draper said.

“Always proud to represent Great Britain internationally, her determination shone through in 2008 and 2009 when she broke into the Top 50, becoming our best player since Jo Durie in the process.

“Anne’s courage was evident in coming back from not one, but two challenging knee surgeries.

“A journey that began on the Park courts of Hackney led to her being an inspirational role model for young girls everywhere, as well as to our current generation of players. We wish her well in the next chapter of her life.”

Grass-court artistry earns Nicolas Mahut his time in the sun