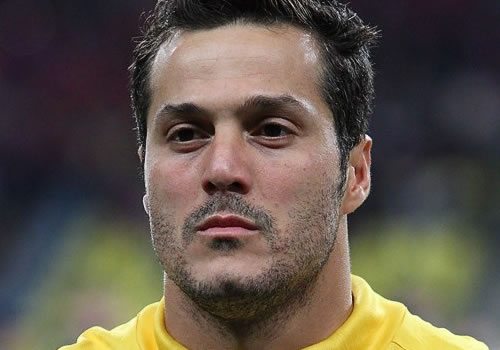 The 66-year-old Hoops manager has admitted the west London side will struggle to hold onto the Brazil international after QPR were relegated to the Championship last season.

Arsenal and Napoli have both been linked with the shot stopper, who hopes to be part of Luis Felipe Scolari’s squad for next summer’s World Cup in Brazil.

Redknapp believes Cesar is good enough to play for any club in the world but the QPR manager doesn’t see the value in allowing the goalkeeper to leave on loan.

“I can’t see the sense in loaning him for a year. He’s got three years left on his contract, he’s just played for Brazil in the Confederations Cup and been absolutely fantastic,” Redknapp told Sky Sports News.

“I think he’s a goalkeeper for any team in the world he’s that good, so to loan him out for a year and then have him back is absolutely pointless.

“What’s the point in loaning him for a year then getting him back on massive wages for another two years? He’s in his prime at the moment, I’m sure he’s wanted by lots of clubs around the world.

“If he wants to leave, we sell him. Napoli are not short of money, they’re just selling Cavani for £54m, so if they want him surely they’ve got to come and do a deal.

“We have to do a deal that suits the football club and not deals that suit agents and other people.”