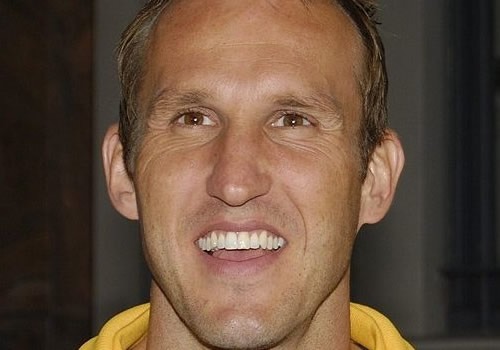 Chelsea have announced the signing of goalkeeper Mark Schwarzer on a free transfer.

The 40-year-old, who has penned a one-year contract with the Blues, left Fulham at the end of last season and recently became the first overseas player to have made 500 Premier League appearances.

“It’s a phenomenal club,” said Schwarzer. “It’s one of the biggest and best clubs in the world, and it’s an honour to sign for Chelsea.

“Once it was confirmed that Chelsea were interested in me it didn’t take much time. Having spoken to the manager at Chelsea – Jose Mourinho – it was very easy to make the decision.

“It’s an amazing opportunity to join one of the best clubs in the world.

“Petr [Cech] is number one, he’s a fantastic goalkeeper – that goes without saying. For me, it’s important that I can come to a club like Chelsea and push myself as much as possible.”

Schwarzer, who is Mourinho’s third signing since the Portuguese coach’s return to Stamford Bridge, spent five years at Craven Cottage, making 220 appearances for the London club.

He made his international debut in 1994, and has since represented Australia 108 times, including at the 2006 and 2010 World Cups.