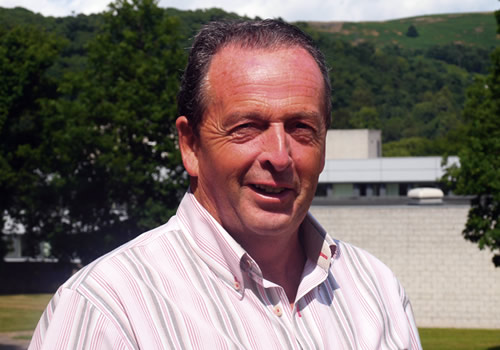 Curling runs in the family for David Murdoch and dad Matt admits it would be one of their proudest moments if he goes on to skip Great Britain to a medal at the 2014 Winter Olympics.

Stirling’s Murdoch pipped regular skip Tom Brewster and led the Scottish team that finished third in the World Championships in Canada in March.

Team GB and Scotland coach Soren Gran elected to add Murdoch to the mix of Brewster’s team ahead of the championships and operate a five-man rotation policy – a gamble that 70-year-old Matt hopes is replicated in Sochi next year.

And Matt, a three-time Scottish senior champion, insists a podium place – that cruelly eluded Murdoch at the 2006 Games in Turin – isn’t beyond the realms of possibility this time round.

“They are rated in the top three in the world so a medal would be nice, they have great experience over the last two or three years,” said Matt, was who taking part in the P&G partnership with the British Olympic Association (BOA) to deliver the ‘nearest & dearest’ programme to educate families of Sochi 2014 Olympians.

“The girls’ chances will probably rated higher because they are world champions, but it’s not easy.

“The men have been playing a five-man team for the past year, and it finished up that (David) was skip at the last World Championships, and I’m sure he’d love to be skip for Sochi, we certainly would be very proud.

“You can have five men going into a competition and you can rotate them in any order, you can have four playing and one sits out all the time, but they have been rotating all the time recently, for the past year.”

Murdoch’s credentials certainly lend weight to his cause – the 35-year-old has racked up an impressive haul of two gold, two silver and two bronze medals at the worlds over the past eight years.

He also has an experienced family to call on. As well as his dad, Murdoch also has sister Nancy – assistant national men’s coach – and brother Neil – a former European champion.

And Matt, born and raised in Lockerbie, claims that family connection has stood his son in good stead throughout his career on the rink.

“My wife, Marion, is the curling coach at Lockerbie and hopefully we are going to have at least three members of that curling team going to Sochi – David, Anna Sloan and Claire Hamilton.

“The ice rink at Lockerbie was built in 1967 and we got hooked on it, it’s a profession, it’s a career.

“I think you will find it runs in families, you have to have that competitive edge but it’s the willingness of your family that helps.

“It makes it easier for the youngsters to come through, but that’s the case in a lot of other sports.”

Jackie Lockhart expects her son to follow her onto the ice