German Grand Prix 2013: Formula 1 drivers threaten to withdraw from the race should there be a repeat of Silverstone tyre issues 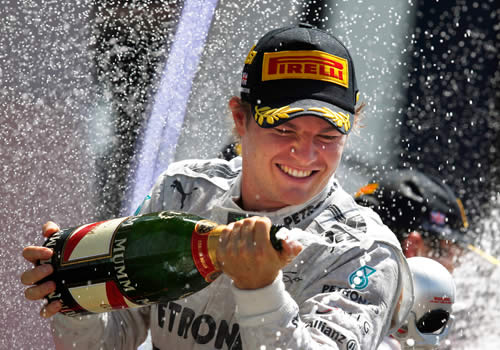 Formula 1 drivers have threatened to withdraw from Sunday’s German Grand Prix should there be a repeat of the tyre problems experienced at the British Grand Prix last weekend.

Six drivers suffered failures at Silverstone last weekend and manufacturer Pirelli has produced a different design for this weekend’s race in an attempt to solve the problem.

“We trust that the changes made to the tyres will have the desired results and that similar problems will not occur during the German GP weekend.

“We are ready to drive our cars to the limit, as we always do, and as it is expected by our teams, sponsors and fans.

“However, the drivers have decided that, if similar problems should manifest themselves during the German GP, we shall immediately withdraw from the event, as this avoidable problem with the tyres endangers again the lives of drivers, marshals and fans.”

After confirming the design rear-tyre design change, which includes a Kevlar construction rather than steel, for the German Grand Prix, Pirelli chief Paul Hembery said: “What happened at Silverstone upsets us.

“With these sophisticated tyres it’s vital for us to see data such temperature, pressures and camber. While waiting for a revision to the rules, we will supply tyres that are easier to manage.”

British & Irish Lions 2013: Parling backs Gatland’s side to ‘pull together’