Gutted Jessica Ennis-Hill admits Worlds withdrawal is for the best

Jessica Ennis-Hill has, as expected, withdrawn from the British team for next month’s World Championships 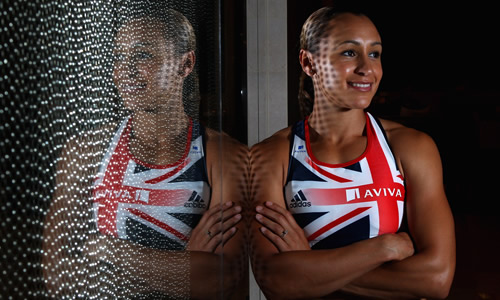 Olympic heptathlon champion Jessica Ennis-Hill has, as expected, withdrawn from the British team for next month’s World Championships and admits she can now finally find a cure to her troublesome Achilles and heel.

Ennis-Hill, who won the Olympic heptathlon title as part of Super Saturday at London 2012 last summer, has been feeling pain in her Achilles and heel since the start of June, drastically reducing her competitive outings.

Indeed prior to Ennis-Hill’s return to the Olympic Stadium for the Anniversary Games at the weekend she had competed at just a small meeting in Leeds in April and another in Loughborough on July 23.

The 27-year-old looked short of fitness at the Anniversary Games as she finished fourth in the 100m hurdles and eighth in the long jump and admitted so while revealing a decision would soon be made about the worlds.

And so the decision has come with Ennis-Hill choosing not to board the plane to Moscow and instead turn all of her attentions onto returning to full fitness, something she admitted was put to one side in order to get to the worlds.

“Up until now we have been focusing on managing the pain so I can train and get myself in shape to go out there to win in Moscow, which has meant not focusing on finding a cure for the injury,” said Ennis-Hill.

“The time has now come to stop chasing fitness and look to cure the problem. I am so glad I got to compete in London last weekend as it gave me a clear picture of where I am, and it is definitely not where I want to be both regarding pain and also form.

“To say I am gutted is an understatement, no athlete likes to miss the opportunity to compete at a major championships, they don’t come round that often.”

Ennis-Hill came to the conclusion along with coach Toni Minichiello, who admitted it was not worth her competing in Moscow and risking further long-term injury damage down the line.

“The pain management did improve, and Jessica was able to compete in London, but the next few days have not seen enough improvement that would have made completing the two day, seven events of the heptathlon possible,” he said.

“I’ve also had to consider if competing at the World Championships would caused further damage, making any rehab more difficult. There are nine global medals up for grabs over the next three years not including Moscow. So a long-term view has been taken.”