Hungarian Grand Prix 2013: Lewis Hamilton is thrilled after taking his first win for Mercedes at the Hungaroring 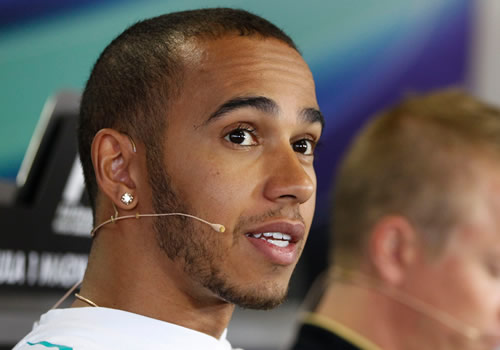 Lewis Hamilton could not hide his delight after taking his first race of the season at the Hungarian Grand Prix, admitting that it was a much-needed victory.

“This is probably one of the most important Grand Prix wins of my career having moved to a new team,” said Hamilton, whose last win came 10 races ago at the US Grand Prix last year.

“I could not be happier. I hope there is plenty more to come.”

The Mercedes driver admitted his surprise that his tyres performed so well and claimed that more wins would come if the team could get the tyres to last.

“It’s an incredible feeling and I’d like to thank all the fans,” he said. “My team did an incredible job, we studied a lot last night and were hoping the tyres would last. We had no idea it would go that well.”

The win keeps Hamilton in contention for the drivers’ championship title, leaving him just 48 points behind leader Sebastian Vettel of Red Bull.

Second-placed Kimi Raikkonen admitted he was disappointed not to claim a win but was happy to take home some championship points.

“I keep making my life difficult on Saturdays so we pay the price,” he said. “I had a good car, we did two stops, it was tight with Seb at the end but we gained some points in the championship.”

The Finn said that despite Vettel snapping at his heels during the closing laps of the race he was confident of securing second place.

World champion Vettel admitted that he felt frustrated that he lost the battle for second place, saying that he wanted more from the race.

He said: “It was not the best race. The start was difficult and when Lewis pulled in we thought we could do it on the softs. I damaged my front wing which did not help.”

He was clearly disappointed with his third place finish and seemed to be critical of the Lotus Driver who he felt had given him no room on the track.

Commenting on the incident, Vettel said: “I told Kimi I was not happy but he was laughing. That’s racing.”

The result sees Raikkonen move up the championship table into second place ahead of Ferrari’s Fernando Alonso.