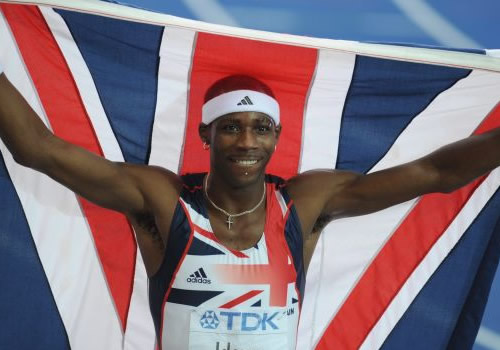 Phillips Idowu’s disappointing London 2012 might be fresh in the memory but former Olympic champion Jason Gardener insists you write off the triple jumper at your peril.

Idowu came into the capital last summer knowing that an Olympic gold medal was the last things he needed to round off a glittering CV.

But a build-up to the Games that was beset by injury problems and off-field track disagreements with UK Athletics effectively ended any chance he had of claiming Olympic gold, the 34-year-old failing to qualify for the final in the Olympic Stadium.

This season the form that saw Idowu capture world and European gold in 2011 and 2010 respectively continues to elude him.

A season’s best jump of 16.44m at the Diamond League meeting in Rome puts him only fourth in the British rankings and well below the required A standard for the world championships in Moscow which is currently 17.20m.

But Gardener, who won gold in the 4x100m relay in Athens in 2004, is not writing off Idowu just yet, insisting that there is still some fight left in the old dog.

“I am really interested to see how Phillips Idowu reacts this season after the turbulent year he had last year,” said Gardener, a Youth Sport Trust ambassador at Lloyds TSB National School Sport Week.

“In many ways London 2012 was meant to be the place where he stood out with his colourful character and everything that comes with that, including the talent.

“And he had won everything in the build-up but obviously it didn’t go according to plan and he didn’t do anywhere near as well as he had hoped.

“That can be tough to take but Phillips is a proud man, we perhaps saw that for better or for worse in the build up to the Games, and he will want to put that right.

“He isn’t getting any younger and this season hasn’t quite got off to the start he would have hoped but I know he will be itching to put that right.

“He has a lot of work to do and I am interested in seeing how it goes and fingers crossed he can reach the heights he used to.”

Gardener, himself a world indoor champion over 60m back in 2004, has however warned British athletes that the time for dwelling on London is long gone.

The sport of athletics waits for no man or woman and Idowu and co need to continue their winning ways in Russia this summer.

“Even though we had the London 2012 Olympics last year the show goes on and we have the World Championships to look forward to this summer,” he added.

“It gives the chance for those guys who perhaps didn’t do as well as they had hoped at the Games to try again and bounce back and prove themselves.

“We have just had the European Team Championships up in a very wet Gateshead and the team did very well, finishing third with the highest points we have ever achieved in that competition.”