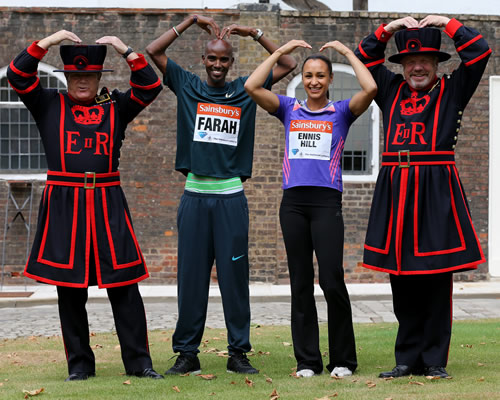 Jessica Ennis-Hill has seen plenty of obstacles placed in her path since claiming Olympic gold – but ten flights of sprint hurdles could decide her World Championship ambitions on Saturday.

The Olympic heptathlon champion is still experiencing pain from an Achilles injury that has limited her to just two low-profile competitions since London 2012.

And she is set to make a call on whether to travel to Moscow after competing in the long jump and 100m hurdles at the sell-out Sainsbury’s Anniversary Games at the Olympic Stadium on Saturday.

“I think it’s going to be a good test,” said Ennis, who threw a javelin personal best and competed in a long jump in a Loughborough competition earlier this week.

“The hurdles is a more explosive event, it will be good to see how it goes and how my Achilles responds the day after.

“I’ve still got pain but it’s just about managing it. It has improved a lot this week and I’m happy how it is going but there is not a lot of time between now and Moscow.

“It’s been really frustrating being injured. I hoped to start my season in June but I am glad to finally start and to get an indication of where I am.

“It’s so weird because the last time I hurdled was in the Olympic Stadium and I had that amazing race. Now I’m heading back to the stadium for my first hurdle race of the season in a completely different situation.

“I couldn’t have been more ready last year and I feel that I’m at the other end of the spectrum now. I think it will be the case of blowing off a few cobwebs, don’t expect a 12.54 secs though.”