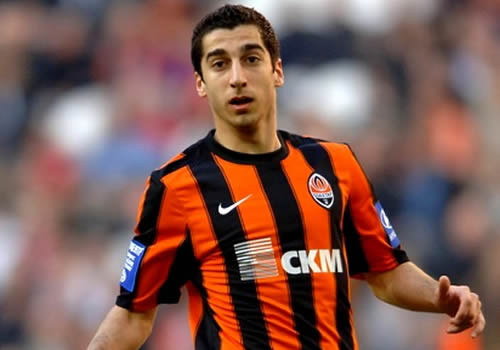 Henrikh Mkhitaryan would be making a “big mistake” if the Liverpool target quits Shakhtar Donetsk this summer, according to his manager Mircea Lucescu.

The Reds have been heavily linked with a £25m bid for the Armenia international after the playmaker scored 25 goals in 28 appearances in the Ukrainian Premier League last season.

Borussia Dortmund failed with a £19m offer for Mkhitaryan last week and Shakhtar boss Lucescu wants his talisman to remain at the club after losing Fernandinho and Willian already this summer.

“I do not want to give comments. It’s his decision, his desire. I think he is making a big mistake,” Lucescu told Terrikon.

“Shakhtar are a strong club. And behind you is always 50,000 fans who will support you. We play as a team, which is each year fighting for the championship, for the cup and for the Champions League – he has to appreciate it. The whole team helped him to show up in the penalty area and score.

“He is very well thought of. There is still time. I would not want him to show the level that he showed before he played for Shakhtar. I just encourage him to return to the team and go to work. Nothing happened between him and the management, between him and the other players.

“We all helped him. Perhaps even more than all the rest. When he played in the championship, I had rarely changed, helping him to win the title of top scorer in the championship. And if he is in a club that surpasses [Shakhtar], I understand his wish.”