Sochi 2014: ‘British bobsleigh has never been in better shape’

Sochi 2014: Former Oxford Blue Henry Nwume insists British bobsleigh has never been in better shape ahead of an Olympics 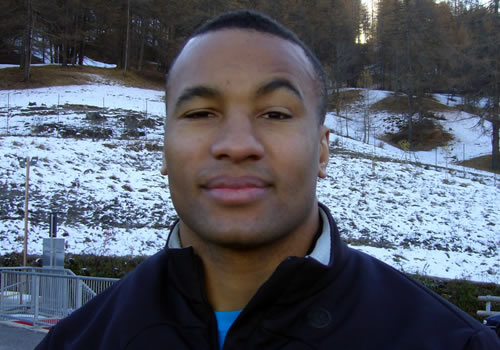 Former Oxford Blue Henry Nwume insists British bobsleigh has never been in better shape ahead of an Olympics and is determined not to miss out on the party in Russia.

With the 2014 Sochi Games now less than 200 days away, all eyes will be on Great Britain’s four-man bobsleigh after a somewhat breakthrough season.

The quartet claimed four top-six finishes during the World Cup campaign and also finished just 0.07 seconds off a podium place at February’s World Championships as they came fifth.

All this points to an improvement on the 17th-place finish Team GB achieved in that event at the 2010 Vancouver Olympics next year in Russia.

But while Nwume was part of the Games foursome last time out he has had to play a bit-part role this season with John Jackson, Bruce Tasker, Joel Fearon and Stuart Benson all holding down regular spots.

And while 36-year-old Nwume is delighted to see Great Britain make marked improvements in bobsleigh ahead of the 2014 Olympics, he is not about to give up on starring in Russia just yet.

“There has been a series of good results since Vancouver and certainly in the last two seasons,” said Nwume, who won the Heineken Cup with London Wasps before turning to bobsleigh in 2006.

“Good results mean increased funding and success breeds more success and you could see that with the four-man bob finishing fifth at the World Championships.

“I really think that there is more to come because there are some really exciting things happening in the background.

“It can be difficult because the squad is so strong but we are all going for a limited number of places so it can make it difficult.

“Obviously the greater good of the team is first and we are all happy with where we are right now but I will be doing all I can to show that I should be in the squad too.

“GB bobsleigh going into these Olympics is in as good a shape as it has been in a very long time and I want to be a part of that as much as I can.”

Despite being fresh from one of their best seasons to date, Great Britain’s four-man bobsleigh were brought crashing back down to Earth with the news that pilot Jackson ruptured his Achilles tendon in training.

The 36-year-old hopes to be back in November, leaving him just three months to ready himself for Sochi, but if anyone can do it then Nwume insists that Jackson can.

“We are very excited about the future but unfortunately John Jackson did his Achilles which is devastating not only for him but for the rest of the squad,” added Nwume, speaking at a ‘nearest and dearest’ programme in Nottingham, specifically designed to support the friends and families of Team GB in the run up to and during the Sochi 2014 Winter Olympics.

“John is your prime example of one of the military athletes so he is incredibly resilient and incredibly tough and I think if anyone comes back from this injury then it is John Jackson.”

Sochi 2014: Jon Eley aims to put disappointments behind him