Tottenham transfers: No offer from England for Negredo, say Sevilla 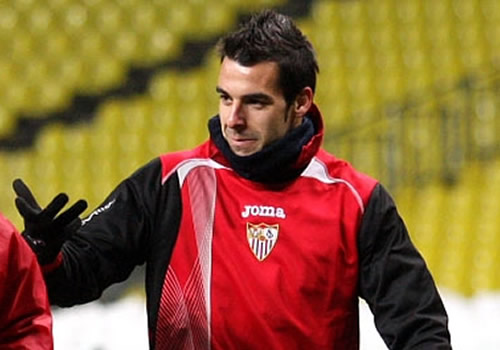 Álvaro Negredo has been linked with Spurs and Manchester City Photo: Soccer.ru/Wikimedia

Sevilla president Jose María del Nido has played down the immediate prospect of Álvaro Negredo moving to Atletico Madrid or the Premier League.

On Wednesday, Del Nido discussed the Spain international’s proposed move to Madrid, saying: “As it stands, there is zero per cent possibility of him joining Atletico.”

He added that the southern club has received “better offers” than the one tabled by the Madrileños – offers which have been rejected.

Meanwhile, Sevilla’s director of sport Monchi revealed that there are “two English clubs” who are currently interested in signing the striker.

Now Del Nido has been quoted as saying: “We have our financial expectations for Negredo; if they aren’t met, he will play at Sevilla.

“Tomorrow he’ll sleep in Seville and will start training with the team.

“There have been no offers from England. Neither from Manchester City nor Tottenham Hotspur.”

Chelsea transfers: Hulk happy to stay at Zenit despite speculation