Tottenham transfers: Paulinho has what it takes, declares Sandro

Tottenham transfers: Sandro believes that Paulinho "has what it takes" to be a success at White Hart Lane next season 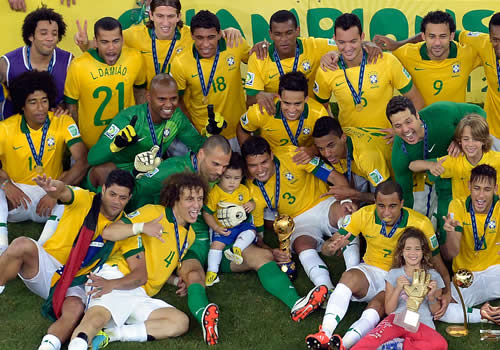 Sandro believes that Paulinho “has what it takes” to be a success at Tottenham Hotspur next season.

The Brazil international is expected to complete a £17m transfer to White Hart Lane after announcing his departure from Corinthians on Monday.

And his fellow countryman Sandro is convinced that the 24-year-old has all the ingredients needed to adapt to the Premier League.

“I think he has what it takes to do well here,” Sandro told Globo Esporte. “This is a club with a great structure.

“It has been fighting for the top positions in the last few years and playing in European competitions. Paulinho will certainly help us become even stronger.”

Speaking last month, Paulinho – who helped Brazil win the Confederations Cup with a 3-0 win over Spain in Sunday’s final – revealed his admiration for the north London club.

“I feel I am ready to experience football at the highest level in Europe and the opportunity to play in England is a dream,” Paulinho said.

“It’s a great pleasure to be linked to such a great club like Tottenham. They have a reputation as one of the great clubs in England who play exciting, attacking football which suits my style.

“I couldn’t turn them down if they made me an offer. It would be a fantastic opportunity to play for Tottenham.”

Rodgers: Gerrard ‘integral’ to Liverpool for the next few years