Wimbledon 2013: World No1 Serena Williams admits she failed to perform in the big points after losing to 23rd seed Sabine Lisicki 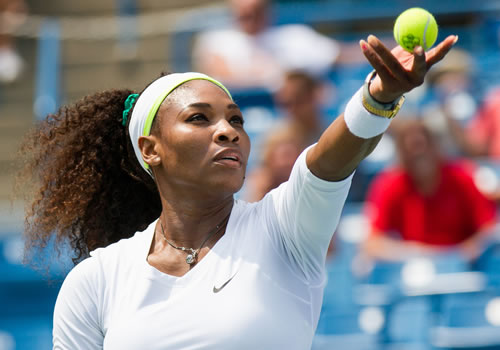 Serena Williams rued her inability to perform during the big points after she crashed out in three sets against Sabine Lisicki in the fourth round at Wimbledon.

The defending champion lost 2-6 6-1 4-6 to the 23rd seed on Monday to suffer her first defeat since the Dubai Championships in February.

And Williams believes she let herself down during the crucial points out on Centre Court.

“I didn’t play the big points good enough. I didn’t do what I do best,” Williams said in her post-match news conference. “I think I had a little hesitation, and that explains it.

“She [Lisicki] was definitely reading my serve. I think also maybe I could have mixed it up more. There’s huge room for improvement for me. I just need to do better.”

Despite professing disappointment at her own showing, Williams was full of praise for her German opponent.

“It’s definitely not a shock,” the world number one continued. “Like I said, she plays really good on grass. She has a massive, massive serve.

“So going in there you have to know that it’s definitely not going to be an easy match playing her at Wimbledon, especially on Centre Court.

“When you’re playing and you have absolutely nothing to lose, it’s like you can really play with so much freedom and so loose. That’s how she played today.”

After winning the second set in convincing fashion, Williams believed she would go on to take the decider but admits a failure to hold serve cost her dearly.

“I had trouble holding my serve in the third set,” she explained. “Again, I had opportunities. I think I may have backed off of a success.

“I felt that I was on the verge of winning [at the end of the second set]. I felt really good and really confident. At that point I just was physically unable to hold serve. My first-serve percentage was going down.

“The result didn’t go the way it could have gone had I continued to play the way I did in the second set. I couldn’t be more disappointed.”

Williams did end on a positive note, however, offering support to fellow American Sloane Stephens – who will play Andrea Petkovic in the quarter-finals.

“I think Sloane has a really good chance of winning. She has a great draw. I think she can take it. It would be really nice to see her win.”