Write off Dai Greene at your peril, warns Jason Gardener 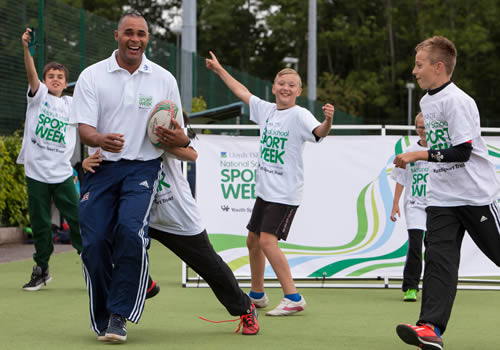 Dai Greene’s disappointing London 2012 might still be fresh in the memory but former Olympic champion Jason Gardener insists you write off the 400m hurdler at your peril.

Coming into last summer’s Olympics the Welshman stood on the verge of history, as the reigning world, European and Commonwealth champion; the hurdler only needed gold in London to complete his CV.

But a knee injury in the winter build-up to London severely disrupted his training and in the final he had to settle for fourth, agonisingly outside the medals.

That was a seismic blow for Greene, who also finished just off the podium in the men’s 4x400m relay squad that came home fourth.

A year on from London and Greene is still not yet back to the form that saw him claim world gold in Daegu back in 2011, a fifth place in the Rome Diamond League meet and a second at Gateshead last month the best he has managed this season.

But Gardener, who won Olympic gold in the 4x100m relay at Athens 2004, insists that Greene is still a force to be reckoned with for the worlds in Moscow in August.

“All the athletes worked really hard up to London 2012 and it took a lot out of them and I include Dai Greene in that,” said Gardener, a Youth Sport Trust ambassador at Lloyds TSB National School Sport Week.

“Dai punished his body over a number of years to be world champion and to be European and Commonwealth champion.

“These aren’t easy feats and you have to go through the pain barrier to get there and that is what Dai did – it has taken its toll.

“He has had surgeries and is still perhaps coming back from them and that means he is slowly getting back to the level he was.

“We saw this at the Games when he missed out on a place on the podium which I know was hard for him to take.

“But he didn’t get to where he was by chance, it took determination and hard work and I know that Dai will be hungrier than ever after all this.

“He holds the title now and won’t want to give that up without a fight so will be doing all he can to overcome his struggles in time for Moscow.”

And Gardener, himself a world indoor champion over 60m back in 2004, has warned British athletes that the time for dwelling on London is long gone.

The sport of athletics waits for no man and Greene and co need to bounce back to winning ways in Russia this summer.

“Even though we had the London 2012 Olympics last year the show goes on and we have the World Championships to look forward to this summer,” he added.

“It gives the chance for those guys who perhaps didn’t do as well as they had hoped at the Games to try again and bounce back and prove themselves.

“We have just had the European Team Championships up in a very wet Gateshead and the team did very well, finishing third with the highest points we have ever achieved in that competition.”