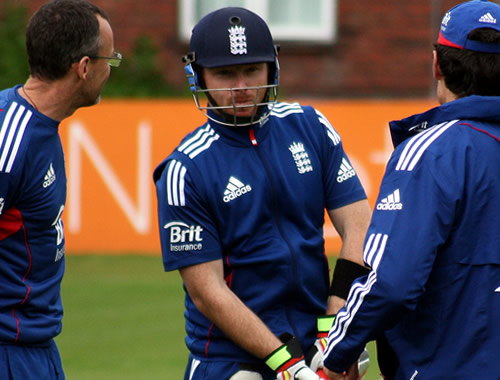 With England chasing down 227 to win after Australia captain Michael Clarke declared on 111-6, the hosts required 21 from 24 balls before the umpires took both sides off due to bad light in the fifth Test.

Despite being deprived of the chance to secure a possible 4-0 win, the England skipper hailed Bell’s performances throughout the series following three crucial centuries to help the hosts retain their Ashes urn.

“As a batter, you can’t ask any more than what Ian Bell’s done for us, and he deserves all the praise he’s had,” Cook told BBC Sport.

“Our three main bowlers have played every game, they’re proven world-class bowlers who deliver time and again. When they’re no longer available for selection, people might recognise their worth.

“And people like Bressie who have played three Tests have been excellent as well. Woakesie has earned his right to selection. I’m going to pick up the urn and I genuinely cannot wait.”

“It was slightly strange, but I’m proud of the way the lads played and in the cold light of day we’ve won the Ashes 3-0.

“It’s very hard as there are certain guidelines in place – if it’s that dark on day three you come off and no-one says anything.

“Australia would have every right to come off as they don’t want to lose 4-0. We knew they had to try to win this game, we got as close as we could to them in the first hour and a half.”