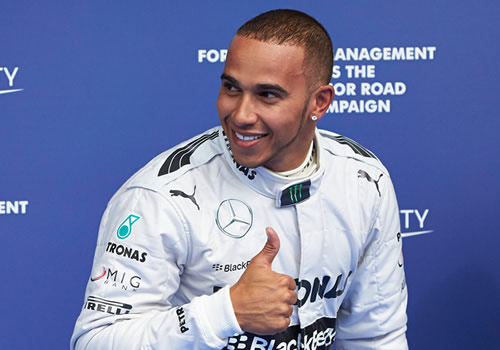 1) L. Hamilton Mercedes 2:01:012
Four poles in a row and now undoubtedly the form driver on the grid as the season enters its second, crucial half. While Hamilton will be thankful of the changeable conditions to enable him to get pole, he will be as confident as he will be wary tomorrow of those behind him. 44 laps of Spa are notoriously difficult, and no one in the paddock will be betting on this one too early.

2) S. Vettel Red Bull 2:01.200
An excellent final lap, considering he was outside the top five before it. With Hamilton, arguably his main competitor for the title just a place ahead, and further rivals languishing behind, the German is in a prime position to either extend or consolidate his lead in the championship from P2. Vettel’s first stint will be an interesting watch.

3) M. Webber Red Bull 2:01.325
One final tour of Spa-Francorchamps for the Aussie and from third, he has a great chance of leaving one final mark on the circuit. One question remains for Webber – how well will he get off the grid? Launch control has been an issue for Mark all season long, but should it come his way on Sunday, he could find himself well in the mix, and how welcoming it would be to see him doing so with his F1 career threatening to peter out in recent races.

4) N. Rosberg Mercedes 2:02.251
While fourth place allows Rosberg to certainly fight on race day assuming his tyres behave themselves, there will be a continued frustration within that helmet given team mate Hamilton’s recent form. That said, the German’s lap times all weekend have been consistent, and at least a podium will be his objective. One to watch.

5) P. Di Resta Force India 2:02.332
For the best part of Q3, the Scot looked to have nailed it. But, with Spa being the definition of changeable conditions, it just wasn’t to be. Regardless, P5 for both himself and Force India is still an excellent achievement, and should the weather continue to play games on Sunday, he could be a bold bet for at least a podium.

6) J. Button McLaren 2:03.075
The undoubted king of the changeable condition – Button’s sixth place, while a welcome relief from recent performances, continues to underline how far McLaren have slipped behind in less than a year. However, just like di Resta one place ahead, a wet-dry-wet race could still place nicely into Jenson’s hands. One to watch – assuming he remains within touching distance after the first stint.

7) R. Grosjean Lotus 2:03.081
A lot has been said of Grosjean in recent races, most of them concern whether or not he’ll be retained by Lotus for 2014 after an underwhelming and conservative opening half of the season. Out-qualifying Raikkonen doesn’t happen every weekend for the Frenchman, and a solid result this weekend could be a helpful springboard.

8) K. Raikkonen Lotus 2:03.390
Caught out badly by the weather in Q3, and how that could come back to haunt him. The Finn has an massive challenge from P8 to get close to championship leader Vettel on race day, but given the Finn’s form and love for the Spa circuit, rain will be welcomed. Sunday will be tough, but it would be silly to rule Kimi out so prematurely.

9) F. Alonso Ferrari 2:03.482
Once again, both the Spaniard and Ferrari found themselves desperately compromised by the changeable weather; a clear case of not learning your lessons from before. Like Raikkonen, Alonso faces one hell of a challenge to make any sort of hay to aid his lingering title challenge. That said, the Spaniard thrives when put in a challenging situation, and his start tomorrow will be closely watched by all.

10) F. Massa Ferrari 2:04.059
Did well to get into Q3 given the conditions, but that’s about it for Massa. Another driver sweating over his future in the sport, Belgium needs to be the race where the Brazilian throws down any sort of gauntlet. What he will manage to do from tenth remain anyone’s guess.

11) N. Hulkenberg: One of the form drivers in a struggling car, what can he do from 11th with others watching?

14) G. van der Garde: An excellent 14th for the Dutchman; could a point’s finish be within reach if the weather has a say?

19) D. Ricciardo: The driver touted by many to be announced as Vettel’s team mate in 2014 has had a tough weekend so far…