Belgian Grand Prix 2013: Lewis Hamilton describes himself as "more motivated than ever" but insists he will not get carried away 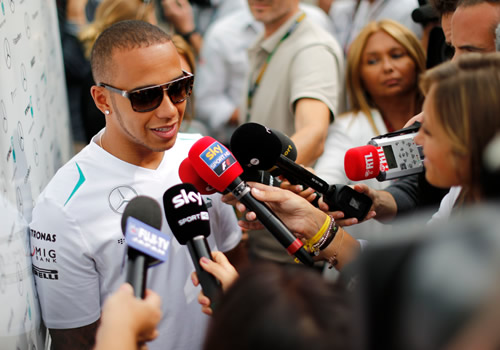 Lewis Hamilton has described himself as “more motivated than ever” but insists he will not get carried away by his impressive form since joining Mercedes.

The 28-year-old is currently fourth in the drivers’ standings, 48 points behind leader Sebastian Vettel, after securing his maiden Grand Prix win with his new team at the Hungarian Grand Prix at the end of July.

But Hamilton, who had raised eyebrows with his decision to leave McLaren to join Mercedes last summer, insists he is only focused on the next race as he gears up for the Belgian Grand Prix.

“It’s the same every year, you have one [good] race and people get excited and then you have a bad race and negative things are said,” said Hamilton.

“I’m not focused on what is trying to be said. I’m just focusing on the job I have and I’ve been training hard over the break, which is very different to the last six years when I’ve taken it as a real holiday.

“I’ve been training six days a week and trying to centre myself, and I come here today more motivated than ever.

“It’s a great feeling knowing we have a car we can compete with and knowing that we can still fight those guys.”

Felipe Massa is open to other options away from Ferrari