Belgian Grand Prix 2013: What lessons did we learn after Sebastian Vettel cruised to victory to clinch his 31st career victory? 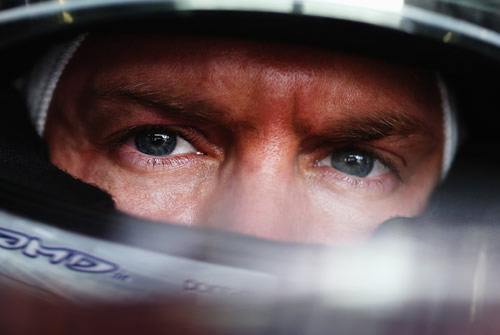 Kimi Raikkonen has had an exceptional season and is a strong championship contender, currently lying in fourth place with 134 points – just five behind Lewis Hamilton. The Lotus driver’s luck seemed to be never-ending, with the Finn continuously finishing in the points. His unfortunate retirement on Sunday was his first in 39 races and put an end to his record point-scoring streak which stood at 27 races. Will the Finn’s luck return or does this signal the start of a slippery slope?

Vettel cements his position as one of the greats

Sebastian Vettel continues to impress and it looks increasingly likely that the 26-year-old will take home his fourth consecutive world title. However, he is not only proving that he is head and shoulders above his current competitors, but also those across the history of Formula 1. The German’s victory today was the 31st of his career – equalling the record of Nigel Mansell. It looks like the Red Bull driver has many years left and the big question will be can he supersede fellow German, Michael Schumacher’s record of seven world titles?

Whatever your opinion is on the actions of Greenpeace at the Belgian Grand Prix today is, it is impossible to deny that politics and international affairs are becoming more prominent in the sport. Whilst it seemed that the protests did not disrupt the day ,it is sure to leave a sour taste both in terms of security arrangements at the track and with Shell itself. With over 3.5 million people having already joined Greenpeace’s ‘Save the Arctic’ movement, the protestors hope that this ‘stunt’ will inform fans about Shell’s plans to drill for oil in the Russian Arctic. Race days are important investments for Shell and it remains unknown how fans truly feel about the issue.