Chelsea are one of favourites for Champions League, says Petr Cech 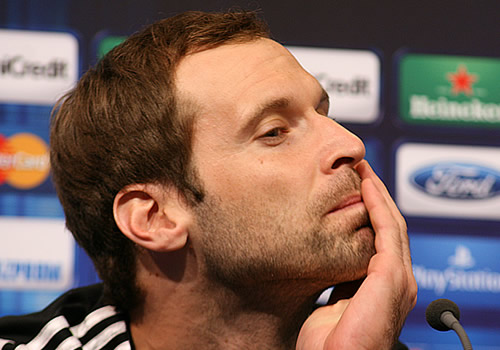 Petr Cech believes Chelsea are one of the favourites to win the Champions League this season.

The Blues begin their European campaign against Bayern Munich in the Super Cup in Prague on Friday night by virtue of their Europa League triumph last May.

Chelsea, who beat the current holders in the Champions League final in 2012 to win their first European Cup, were eliminated in the group stage last season.

However, Jose Mourinho’s appointment as Rafael Benítez’s successor has injected the Blues with new-found confidence ahead of Thursday’s Champions League group stage draw.

And Cech highlighted the belief running through the Chelsea camp by declaring the west London side are one of the standout candidates to lift Europe’s top prize at Benfica’s Stadium of Light next May.

“We are one of the favourites to win the Champions League with a new coach and new motivation,” said Cech, who was part of the Chelsea side which suffered a 4-1 loss to Atletico Madrid in last year’s Super Cup.

He added: “We want to forget about last year’s Super Cup and have a good match this year.

“You play Super Cups, Champions League and Europa League finals to win. In 2012, we managed to beat Bayern on their home soil in their home stadium with a lot of expectations. It was an unbelievable moment for all of us.

“Same as last year, it was the first time Chelsea were involved in the Europa League and we managed to win it. We are glad that after Super Cup last year when we didn’t play well and rightly lost to Atletico Madrid, we have another chance this year.”