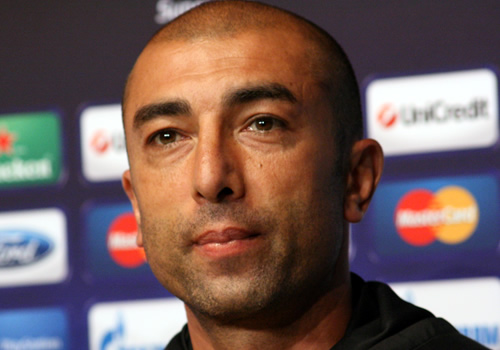 Roberto Di Matteo was sacked as Chelsea boss back in November Photo: The Sport Review

Roberto Di Matteo does not believe that Manchester United would allow Wayne Rooney to leave Old Trafford and join Chelsea this summer.

The 27-year-old’s future has been a source of relentless speculation in recent weeks after the Blues had two offers for the England international rejected by the Red Devils.

Rooney was reported to have handed in a transfer request towards the end of last season as the rumours about his situation at Old Trafford began to gather pace.

“Rooney is a top-class striker and a fantastic player, who can play for any team in the world, but I don’t think Manchester United will allow him to join Chelsea,” Di Matteo told Goal.

“United are well known for not allowing their top players to join rival teams, especially in England.

“He will definitely perform very well at the Bridge if he ends up moving but it will remain as one of the shocking transfer news should he join Chelsea.”