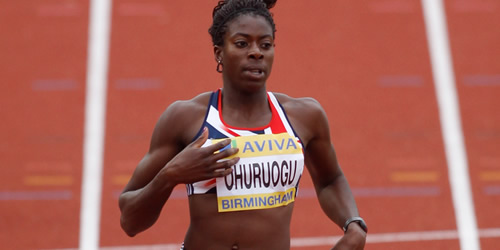 Christine Ohuruogu reclaimed her world 400m title six years after her triumph in Osaka with a dramatic photo finish in Moscow.

Ohuruogu is a famed championship performer whose commitment to the cause and belief in herself is never questioned come the big occasion.

But she was well back in fourth entering the home straight only to finally turn on the burners, as is her trademark, with the line in sight.

Even with ten metres remaining she was behind defending champion Amantle Montsho but the 2008 Olympic champion and London 2012 silver medallist desperately dipped for the line to win by four thousandths of a second.

“I’m just so grateful and I can’t believe I’ve done that, it feels like a dream to me right now, it’s just so surreal,” she said.

“This is what I’ve been working for all year, it was so tight on the line but thankfully it came together and I just made it.

“It’s been a really hard three days but it means so much to win the world title again.

“I just dipped in time and just got over the line. The national record is the icing on the cake for me, I’ve wanted that record for so for long and I never stopped believing or trusting I could do it.”