Felipe Massa is open to other options away from Ferrari 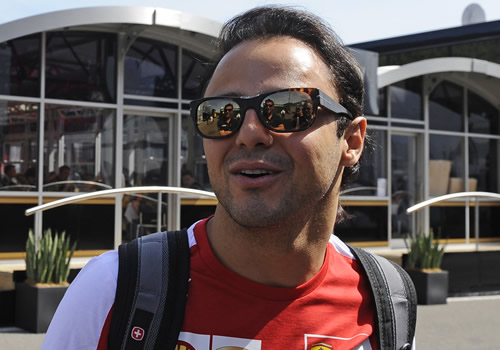 Felipe Massa says that he is open to the idea of leaving Ferrari to join another team – but insists that he still has a “good chance” of staying at the Italian outfit.

The Brazilian’s contract with Ferrari is set to expire at the end of this year after he penned a one-year extension back in 2012.

And with the 32-year-old currently seventh in the drivers’ standings and 111 points behind championship leader Sebastian Vettel, Massa admits that his future depends on his results during the rest of the 2013 season.

“You always have to be aware of what is going on and what might happen in the future,” Massa said.

He continued: “My situation last year was worse than this year and much more complicated. Whereas this year, the performance was there in almost all races, even if, for various reasons – exploding tyres, spinning in qualifying and starting last – the expected final result didn’t come.

“Without those incidents and others, the championship situation would be different now. Now I just need to put everything together and be more consistent and not have any of these problems.

“If I do that, then I think I have a good chance of staying here at Ferrari.”