Man United transfers: Mesut Ozil moves to end the speculation over his future by insisting he wants to stay at Real Madrid 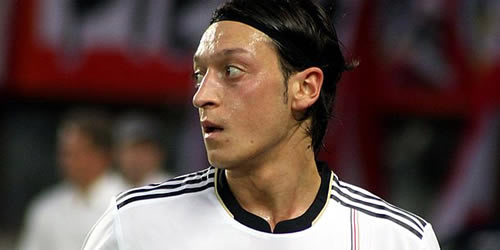 Mesut Ozil had been linked with Manchester United Photo: Steindy, via Wikimedia

Mesut Ozil has moved to end the speculation linking him with a move to Manchester United by insisting that he wants to stay at Real Madrid.

The 24-year-old’s future has been a source of uncertainty in recent weeks and Gareth Bale’s expected arrival at the Bernabeu has only served to increase the reports that the Germany international could be set to leave the Spanish club.

United, who have so far failed in their attempts to bring in a new midfielder this summer, have been credited with an interest in the player in recent days.

But Ozil, who is under contract until 2016, insists he wants to stay at Madrid.

“I want to be successful. A lot has been written in the media about other teams, but I have a contract with Real Madrid and I am staying here,” Ozil said.

“I have the coach’s confidence and I feel very good. Also, I have a contract until 2016. I have a very good understanding with all my team-mates and it is a pleasure and an honour to play for Real Madrid.

“When you play for a team as important as Real Madrid, you have to win titles and we will do everything possible.

“We will work hard. We are a club that has special players and I am convinced that we will win titles this year. We have our aims and each of us has a role and we will try to win all of the titles on offer.

“That’s one of the big reasons for me being here.”