Montreal Masters 2013: Novak Djokovic is aiming to make it three Rogers Cup successes in a row this year 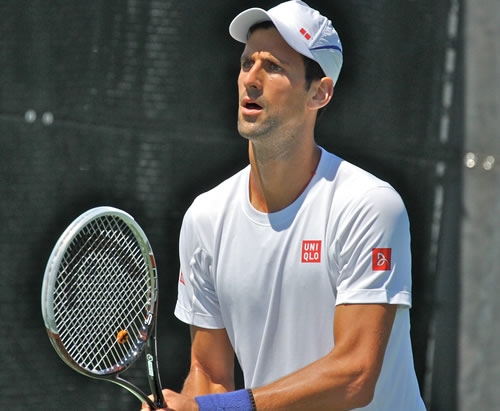 The hot topic in tennis, as the tour embarks on the first of the two hard-court Masters that preface the last Grand Slam of the year in New York, is all about a brand new record.

For while Novak Djokovic may not have won as many ATP Masters 1000 titles as two of his biggest rivals—his 14 trail Rafael Nadal’s 23 and Roger Federer’s 21—his consistency since he won his first crown six years ago in Miami is unmatched. Only he has won eight of the nine tournaments that make up the elite layer on the tour, ahead of Federer’s seven and Nadal’s six.

So while Djokovic is going for a little piece of history in Montreal—hoping to claim three Rogers Cups in a row—it will be in Cincinnati next week that he plays for the only Masters title he has yet to claim. Four times he has reached the final, losing twice to Federer and to Murray, but this year, as world No1, he is arguably the favourite to complete the clean sweep.

It was here in Montreal, too, that Djokovic sealed his previous Masters record in 2011, becoming the first—and thus far only—player in ATP history to win five in a single year. Yet he was quick to put aside talk of favouritism at his pre-tournament round-table.

“I try not to think about that, though it’s obvious that the top players are always the big contenders to win the titles. But on my mind is to get as much practice as I can in the next few days on the hard courts.

“I am happy with the season so far. Maybe a few matches that could have gone the other way for me, maybe the Roland Garros semi-final and a few others, but at the end of the day, this is sport: You have to accept wins and losses as a great lesson and step forward in your career. They make you always understand what you need to do in order to improve and pursue the top of the sport in every sense of the word.”

His reply, not just the content but the considered tone of his delivery, encapsulates just how deft and articulate Djokovic has become. The questions would no doubt have been anticipated, but that is to take nothing away from his thoughtful style. And he can do it not just in English but in French, Italian and probably, by now, a couple of other languages too.

In short, he has learned the responsibilities that follow success, fame and record-making. So while he continues to please fans, and no doubt tournament directors, with the lighter side of his personality—he took to court with an umbrella when the heavens opened in Montreal during his showcase centre court practice session—he handles his off-court obligations just as smartly.

The real test, of course, is when questions touch on more delicate, sometimes more personal, matters, and this week it was inevitable that they would. Just days ago, the media went into overdrive about an interview given by Djokovic’s father, Srdjan, who claimed that both Nadal and Federer were jealous of his son’s success. So how would his famous son manage the inevitable opening question? Very well indeed, as it turned out.

“I’m really sorry his words have caused so much attention and also that they might have hurt my colleagues in some way with whom I have good and fair relationships.

“As unfortunate as it sounds, I cannot be held responsible for his deeds and his words because everyone is entitled to their opinion and my father—I love him so much and I respect him, and he has helped me so much in my life to arrive where I am—but sometimes people come up with opinions as they like. And me, I didn’t have any influence on that and I cannot be responsible.”

So if Nadal has ceased to be a good friend—and Federer has apparently never been one—who does fill the void?

“Serbian players of course. It’s difficult to be close friends with any of the top rivals because you get to play with them every week and compete on the court.

“But the most important thing is, we are all people and we should all respect each other and there always should be that kind of fair relationship, and that is something I guess we are trying to nurture. We are always aware of that and it’s why I believe are experiencing some great times in men’s tennis, and sending a very good message. And Federer and Nadal and Murray and all these guys are a great example to the kids on and off the court, and as long as it’s like that we all help each other to be better.”

It’s a fine response, talking of rivalry but also of respect, including his slighted opponents in the business of providing strong role models for their sport.

Further down the line came a still tougher question about the comments of junior Wimbledon champion, Gianluigi Quinzi, translated from Italian along the lines of: “I’m not saying that Nole or certain other tennis stars make use of doping: I don’t know. But you do start to question things when you see certain recoveries.”

Djokovic treated the statement with caution, before going on to send out a positive message: “The No1 junior…saying lot of people at top of game were probably taking drugs?

“Are you sure? Sometimes the media turns it around…I don’t believe that one tennis player, especially a junior, would say something like that. I have to check it first.

“Only thing I can say now is, it is not even close to that. And also there is a huge responsibility on the side of the anti-doping agency, and the organisations who have authorisation to maintain legality in the sport and keep it as clean as possible. We leave it to them. I’m doing all my doping tests when I’m obliged to do that, and they know where I am, I have nothing to hide, and I think it’s the same for all the other players.”

No reference, though, to Viktor Troicki, the Davis Cup team-mate recently suspended, pending appeal, for missing a blood test. But Djokovic did not shy away from the issue when asked about the up-coming Serbia-Canada tie: “The Davis Cup brings out the best in every player. From my own experience, in 2010, winning in Belgrade, it was probably the best feeling I experienced on a tennis court in my life… But the DC is very unpredictable. Troicki now has problems with his suspension obviously, so I think he is not going to be able to be part of the team, which is a big loss for us. Other than that, we hope we can have Janko and myself healthy and fit to play.”

He was forced back, though, to rivalries: Who was his favourite? It was a chance, of course, to offend once more… but again, the response was balanced, pragmatic… and all inclusive.

“It’s always a huge challenge when I play Nadal, Federer or Murray. Those are the biggest rivals I have in sport, but of course del Potro, Ferrer, Berdych, Tsonga, they are the group of players able to beat the top four and have shown it on several occasions, they just lack more consistency.

“But again, not taking anything for granted, I try always to play my best wherever I am, regardless if it’s a Grand Slam or Masters event or any other lower category of tournament. It’s always this sense of gratitude to be playing the sport I love and being successful in it and being fortunate not to be injured and healthy these last few years.

“Murray and myself have played a lot of great matches in the last 20 months and hopefully this rivalry can develop over the years. Of course we cannot forget Nadal who just came back from injury in great style and is definitely one of the best players in the world this year.”

Finally, though, he had a chance to expand on easier subjects—a chance to send lovers of tennis and his Canadian hosts home with a warm glow:

“Montreal is one of the nicest cities, very international, multicultural and a lot of things to see. And what we experience here I don’t think we experience at any other event, on the practice sessions you get hundreds and thousands coming to watch practice a few days before the tournament starts… It says enough about Canada, about tennis in Canada and Montreal, how much they appreciate the athletes who come here.

“The thing I like the most [about tennis] is that I can be successful and do the sport I really love with all my heart, and also that I’m able to have honest and right people around me who care about me and who also sacrificed their own private lives in order to dream all of my dreams with me and basically achieve all the goals I have. That’s already a huge thing to have, and everything else that follows is obviously travelling, visiting and meeting new cultures.”

Yes, it can be a wonderful life at the top of tennis, but it is a rarefied world that only the best, the hardest working, the most committed can inhabit.

Right now, the best of the best is Djokovic: He knows it, but also knows it could all disappear in the blink of an eye. With his rise to the top, he has become more serious—more aware, perhaps, of his role as an ambassador—with only the occasional comic interlude: a Maria Sharapova take-off at The Boodles, for example, and of course his rain-dance in Montreal.

There is much more to come from the 26-year-old, possibly the title this week, possibly the “Novak Nine”—or whatever the sweep of Masters is called should he win Cincinnati—next week, and almost certainly more Grand Slams.

But when it’s done, one senses the world will still be the diplomatic Serb’s oyster—though maybe after a short rest: “Free time is something missing and is something I would like to have more.”

Djokovic opens his campaign against the 50-ranked Florian Mayer on Monday night (the early hours of Tuesday for European followers).