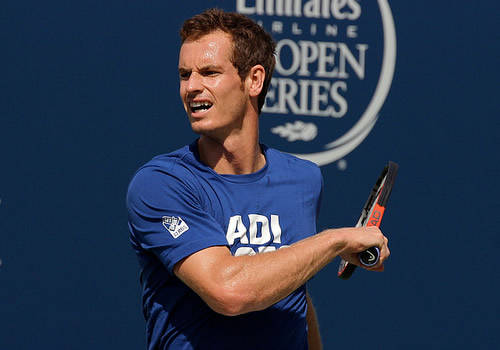 Pete Sampras has heaped praise on Andy Murray for turning a corner in his career and developing into a “great player” following the Scot’s Wimbledon triumph earlier this summer.

Murray secured his second Grand Slam title at SW19 back in July with a straight-sets win over world No1 Novak Djokovic after winning his maiden Major crown at the US Open last September.

The 26-year-old lost five Grand Slam finals before finally getting his hands on one of the Majors, and Sampras has been impressed by the Briton’s improvement in the last few months.

“I think he’s turned into a great player,” Sampras, who won 14 Grand Slam titles, said of Murray. “He’s always been a good hitter of the ball, been a great mover. [But] I think mentally he’s a bit better now. He recovers from some sort of bad situations in a match.

“Now he feels like he belongs, like he’s up there with Roger [Federer], up there with Rafa [Nadal]. He’s on his way to doing great things. He’s got a good chance at the US Open up here.

Murray, who lost to Ernests Gulbis in the third round of the Montreal Masters on Thursday, heads to the US Open in New York at the end of the month as the defending champion – but Sampras does not believe the Scot will struggle with the pressure of being the title holder.

“I think he’ll handle it fine,” he continued. “It’s a little bit different when you’re the man to beat. You get used to that.

“But as long as he’s playing well and he’s healthy, he’s going to be there at the end. I’m not worried about his game. I just think he’s just gotten better. And it just takes time. I see him being there in the last weekend.”