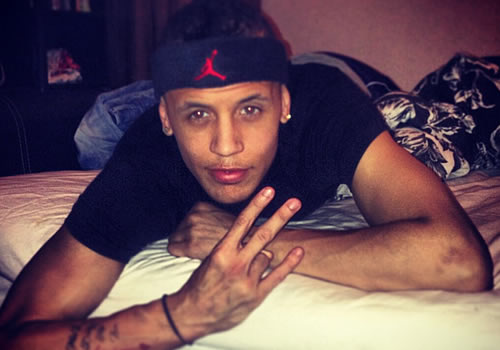 West Ham manager Sam Allardyce believes notorious bad boy Ravel Morrison has a promising future if he can maintain the recent discipline on and off the pitch.

Morrison, 20, was compared to none other than Paul Scholes during his tempestuous tenure at Manchester United but let down his former employers by getting into trouble away from the pitch.

However, after returning from a loan spell with Birmingham – where he played 30 games, scoring three goals – the precocious talent has been on fire this pre-season, netting six times for the Hammers.

Allardyce said: “He’s really promising and hopefully we can develop that into a player who plays a part in the first-team.

“What’s ahead of Ravel if he can carry on and discipline himself could be quite bright. A 20-year-old. It’s early days for him yet. We’ll give him a chance if he continues to do what he’s doing.”

Last term, Morrison really grew into the role laid out for him by Birmingham boss Lee Clark and thrived towards the end of the season, playing for the first-team each week.

West Ham chose to bring Morrison to east London in a deal that could rise to £2.5m, despite a public storm caused by a criminal record for witness intimidation and criminal damage.

But Allardyce admits his recent pre-season performances alongside first team captain Kevin Nolan – famed for looking after Andy Carroll during his own personal meltdown at Newcastle – are hard to ignore.

“He’s had some very good pre-season games playing against the likes of Hamburg, Sporting and teams like that, it’s still only pre-season friendlies,” added the former Bolton manager.

“It is a bit tippy-tappy compared to the Premier League, where when the whistles goes on Saturday, it’s 100MPH from the start to the finish almost. He’ll have to learn to cope with that and then produce the ability.

“I haven’t had a word with him apart from just encouraging him about how well the pre-season has gone for him.

“I think that his contribution in pre-season has been really exciting for us without getting carried away. His big challenge is when he gets to play in the first-team at a competitive level.”

As Allardyce rightly points out, few young stars around Morrison’s age are given the opportunity to play week in, week out in the Premier League. “It’s a shame but that’s just the way it is,” says Allardyce.

“There aren’t that many players playing in the Premier League aged 21 these days – it’s a very difficult industry to break into as a young player. Probably the last one was Jack Wilshere.”

Allardyce has rarely been one to conform to popular opinion as shown by his successful spell with Bolton, playing a rather physical brand of football.

It would surprise few if the 58-year-old decided to take a punt on Morrison by playing him against Cardiff on Saturday.