US Open 2013: No3 Murray seeded to draw both Djokovic and Nadal 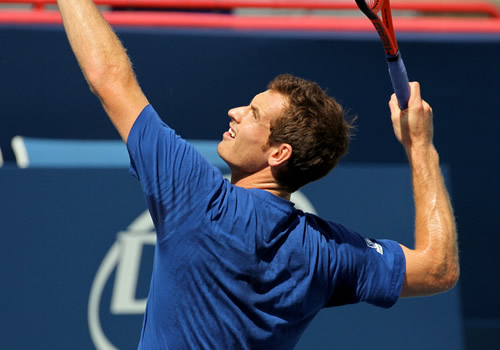 The summer surge of Rafael Nadal on the North American hard courts has yielded not just two more Masters titles—extending his record to 26 in all—but also the No2 ranking, just in time for the US Open.

The man to lose out, slipping to No3, is Andy Murray. And while this represents just one spot, such is the competition between the top three men—Nadal, Murray and Novak Djokovic are all eying the end-of-year No1—that it could become a significant factor in the final stages of the tournament.

If the top four seeds all reach the semis—the fourth seed is David Ferrer—Murray will have to play either Nadal or Djokovic in the semis and probably the other in the final. Had he been No2, he could not have faced Djokovic until the final, and might have avoided Nadal if the Spaniard was drawn in the top half.

Few might have anticipated this reversal in the aftermath of Wimbledon, where Murray emerged as the champion and Nadal fell in the first round. But the Briton arrives in New York with just three singles match-wins since, while Nadal bounced back to extend his American hard-court run to 15 consecutive wins, adding the Montreal and Cincinnati titles to Indian Wells.

But while the resurgence of Nadal has been the big story of the summer, the slide of Roger Federer has been its close running mate.

After making a shock exit in the second round at Wimbledon, he dropped outside the top four for the first time in exactly 10 years. Then a recurrence of a long-standing back problem forced him to miss the Montreal Masters and, with a ranking of No5, he drew a higher-ranked player in the quarters in Cincinnati: Nadal.

Federer lost that tightly-contested battle and, with it, his ranking. He now sits at No7, but although that is his lowest rank in almost 11 years, and the first time in a decade he is not seeded to reach a Grand Slam semi-final, the difference between No5 and No7 will make no practical difference in New York. He will still be drawn against one of the top four in the quarters, and it is possible for him to draw each of the top three in the quarters, semis and final.

Notable for reaching a career-high ranking and the equivalent Grand Slam seeding of No5 is Tomas Berdych, though his draw scenario is, like Federer’s, unaffected.

Also in the top eight—and so also unable to meet a higher seed until the quarters—is Richard Gasquet. He overtook Stan Wawrinka into No9 this week after the Swiss managed just one win through the Montreal-Cincinnati swing, costing him a first-ever elite-eight seeding at a Slam.

In the event, it is Gasquet, not Wawrinka, who makes the valuable cut thanks to the absence of current No8 Jo-Wilfried Tsonga, who is still recovering from injury.

The top-16 cut-off—where players cannot meet a higher seed before the fourth round—finds the efforts of John Isner rewarded. His final run in Cincinnati pushed him from 22 to No14 this week. Also squeezing in, seeded No16 despite a ranking of 18, is Fabio Fognini. He benefits from the withdrawal of the No17-ranked Gilles Simon.

Outside that sought-after top-16 seeds for the first time in two years is No18 seed Janko Tipsarevic. He, along with those others in the 16-32 section, cannot meet another seed until the third round.

The only other missing player is No19 Marin Cilic, still contesting a ban for a failed blood test. Late rises in the rankings by No35 Dimitry Tursunov—up nine spots this week—Julien Benneteau and Ernests Gulbis take them into the seedings at the expense of Jeremy Chardy, Ivan Dodig and Alexandr Dolgopolov.

The men’s draw will be made at midday this Thursday (US EST).