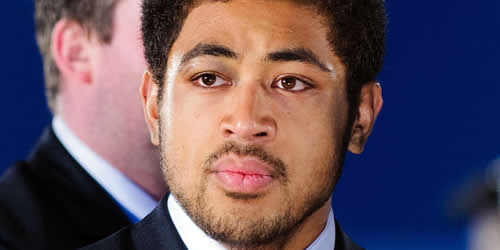 Newport Gwent Dragons coach Lyn Jones believes Wales will be among the key beneficiaries after the club secured the services of Toby Faletau until June 2016.

Faletau’s contract was due to expire at the end of the season and after a some fine performances for the British & Irish Lions this summer, as well as in helping Wales defend their Six Nations crown earlier this year, the Dragons acted quickly to tie their man down.

Dan Lydiate and Luke Charteris have both recently left the Dragons for lucrative moves to France, where a host of Wales internationals, including Mike Phillips, Jamie Roberts and James Hook, ply their trade.

And Jones was full of praise for Faletau’s commitment to the Dragons cause.

“Toby has made a good decision early on in the season, putting an end to all the speculation surrounding his future,” he said.

“Throughout discussions with Toby I have been extremely impressed with his drive and motivation, not only on a personal level but in his commitment to developing the Dragons into the best team in Wales.

“I’m looking forward to working with Toby, helping him to be the best he can be, not only for the Dragons but for Wales.”