Sir Ben Ainslie dedicated his America's Cup success to friend Andrew 'Bart' Simpson, who lost his life in preparation for the event 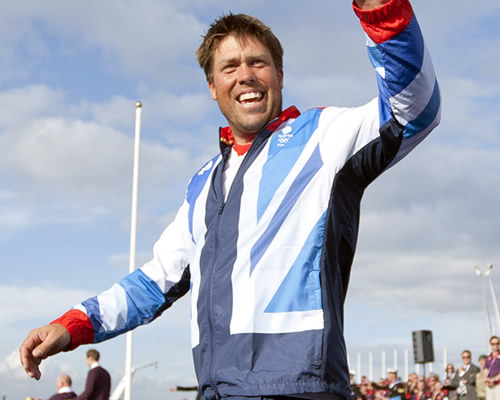 Sir Ben Ainslie dedicated his America’s Cup success to friend Andrew ‘Bart’ Simpson, who lost his life in preparation for the event in May.

He was drafted onto Jimmy Spithill’s boat when rivals Emirates Team New Zealand were dominating the first to nine series in San Francisco Bay.

And his supreme match racing skills and razor sharp sailing instincts helped the USA win eight straight races to claim the Auld Mug by a thrilling and improbable 9-8 scoreline.

But memories of Simpson, who won sailing gold and silver for Team GB at the 2008 and 2012 Games respectively, were never far from Ainslie’s thoughts.

“He loved sailing and he loved the America’s Cup. He would have been so excited about this series,” said Ainslie.

“After we crossed the line I looked up to the stars and thought of Bart and it was emotional. In some ways this was for him.

“It has been a hard few months with his death and all that followed it.”

Ainslie becomes the first British sailor, and only the sixth in history, to win Olympic gold and the America’s Cup.

And he admitted the thrill of success in San Francisco matched his achievements in Sydney, Athens, Beijing and London.

“This is the most amazing thing I have ever been involved in,” he said.

“When you are in the Olympics you are doing it on your own. You can enjoy the success but you can only let yourself down. This is more rewarding, doing it in a team means you can share this.”