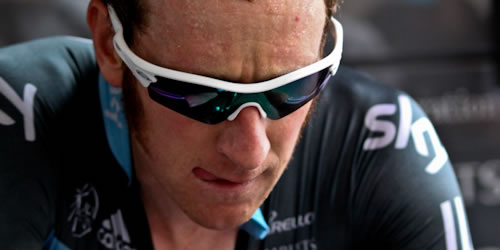 Bradley Wiggins has endured a 2013 to forget Photo: Petit Brun/Flickr

Sir Bradley Wiggins believes the Tour of Britain could help him finish a miserable year on a high.

Wiggins enjoyed a 2012 to remember – his historic Tour de France win followed closely by Olympic time trial gold in London – but has endured a 2013 to forget.

He quit his principal target for the year – the Giro d’Italia – and wasn’t fit enough to defend his yellow jersey as Chris Froome established himself as British cycling’s new force.

But a home Tour and the forthcoming time trial World Championships in Florence could give a fit-again Wiggins a boost as he looks towards 2014.

Last year Jonathan Tiernan-Locke became the first British winner of the event since the race was reconstituted in 2004.

However, he won’t be defending his title with Wiggins expected to lead the home challenge in the strongest field ever assembled for the event.
And this year’s route should certainly suit the former Tour de France winner.

The 16km time trial will be staged next Tuesday – on Wiggins’s home roads in Lancashire – although fellow British rider and Giro d’Italia stage winner Alex Dowsett will also challenge.

This year’s stages also feature tough climbs in the Lake District and Snowdonia, though the profiles should not be enough to scare Wiggins, while the race’s first-ever summit finish in Dartmoor could also be decisive.

“It’s a race I’m fond of and it’s nice to see it growing,” said Wiggins.

“The crowds and the roads make it special and it’s always very humbling to see the fantastic support that we get from the public.

“I’m coming into the race feeling really good. It finishes in close proximity to the world time trial championships, which is my main late-season goal.
“The Tour of Britain is always a tough event and I’m looking forward to getting started.”

This year’s Tour of Britain starts with a regulation 208.6km first stage around the Scottish Borders between Peebles and Drumlanrig Castle on Sunday.

Tour de France runner-up Nairo Quintana will lead a strong international field but former world champion Mark Cavendish will also look to feature, with next Saturday’s penultimate seventh stage between Epsom and Guildford seemingly at the mercy of the sprint specialist.