Davis Cup 2014: Andy Murray and Great Britain will travel to the USA in the World Group after beating Croatia last weekend 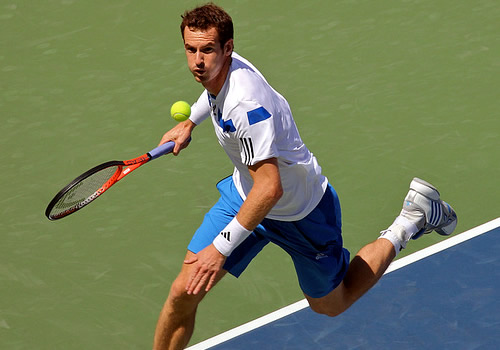 After winning all three of his rubbers in last weekend’s Davis Cup World Group Play-off in Croatia, Andy Murray admitted that there were a couple of teams that the GB squad would rather avoid when the 2014 draw was made. But more important, he thought, would be the chance to play at home.

“I don’t really mind who we face next,” he said. “There’s certain teams you’d like to avoid, but there’s teams we’d have a good chance of winning against. I just want a home tie. To get back in the World Group, get a big arena, and play against one of the top teams at home would be good.”

As luck would have it, the rehearsal pitted GB against one of the very teams that every nation wants to avoid: Spain. Bursting at the seams with top players—Rafael Nadal, David Ferrer, Nicolas Almagro, Fernando Verdasco and more—Spain has been the most successful squad in the 21st century with five titles plus two more finals. But come the real draw, that honour fell to Germany.

It proved, though, to be mixed fortunes for GB in drawing the USA. The American No6 seeds, boasting the likes of John Isner and Sam Querrey in the singles and the Bryan brothers in the doubles, are not the insurmountable force they once were. However, the tie will be played away—in front of one of the most patriotic and vociferous nations in the competition.

However, a GB vs USA tie is one that certainly captures the imagination. The Davis Cup tournament was founded on a competition between these two nations that began in 1900. The USA went on to win more titles than any other country, 32 of them, and GB has been the only nation to compete in every single tournament since.

Yet since Great Britain’s glory days in the 1930s, when it won four titles, it has not won another title, and has played, and lost to, the USA just three times, most recently in 1999. Indeed GB has not won a World Group tie since 1986.

With Andy Murray on board, though, there is every chance that 2014 could change all that, but much may depend on how successful he is at the Australian Open.

Murray has reached the final of the first Grand Slam of the year on three of the last four occasions, but the opening round of the Davis Cup comes just days after its conclusion. Any player in competition in the closing stages in Melbourne therefore faces a time-zone-racing dash to their appointed venue.

And while Murray and Colin Fleming teamed strongly to win their doubles tie in Croatia, the prospect of the Bryans in the doubles rubber is an altogether different challenge—even if Fleming reunites with his usual partner, Ross Hutchins.

So on balance, the draw could be better: Belgium, for example, drew No8 seeds Kazakhstan. But it could be worse.

As for GB, if they beat the USA, their next opponents would be Argentina or Italy, followed most likely by the winner of that Serbian-Swiss tie. Favourites to come through the top half will be, once again, the Czech Republic or Spain—though if France is able to field its strongest team, and beat Australia in another highly competitive opening tie, they too could offer a formidable challenge for a final place.