Fernando Alonso wants to end his Formula 1 career at Ferrari

Fernando Alonso says he is in negotiations to extend his contract with Ferrari, despite interest in the Spaniard from McLaren 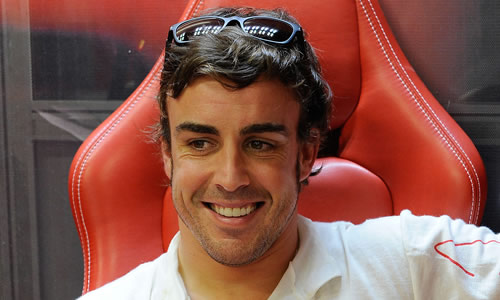 Fernando Alonso is keen to stay at Ferrari Photo: Ferrari

Fernando Alonso has revealed that he is in negotiations to extend his contract with Ferrari, despite interest in the Spaniard from McLaren.

McLaren this week confirmed that they are interested in signing the 32-year-old, whose future at Ferrari has been a source of speculation since the Italian team confirmed the arrival of Kimi Raikkonen from next year.

But the former world champion has underlined his desire to stay at Ferrari beyond the three years remaining on his current deal and says talks are already under way.

“We are working very closely on arriving at that situation because I hope to end my career in Formula 1 with Ferrari,” Alonso told the Observer.

“To sit together and to try to do it, that’s my desire, and the team has expressed to me more or less the same desire when we talk about this. That will be a good thing to achieve.

“There have been people racing until 38, 39, with no problems. Mark [Webber] is one of the examples, he has been very competitive, and Michael [Schumacher] also came back at a good age.

“So 35 is still a good age, so if I keep the motivation and enjoying the sport, like I’m doing now, when the time arrives we will see.”