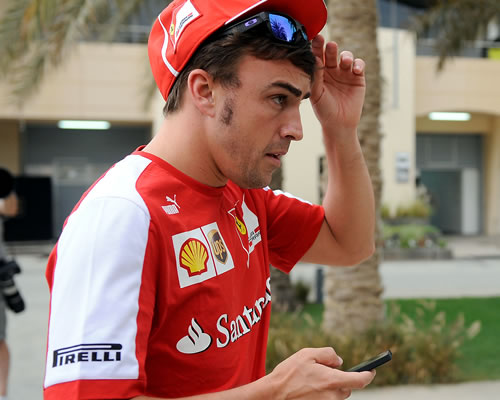 Fernando Alonso will race alongside Kimi Raikkonen from next year Photo: Ferrari

Fernando Alonso has rubbished the suggestion that he and Kimi Raikkonen will struggle to become successful team-mates at Ferrari from next season.

Lotus driver Raikkonen signed a two-year contract last week to seal a return to the Italian team after it was confirmed that Felipe Massa is leaving the Maranello-based outfit at the end of the season.

Much has been made about the prospect of two former world champions lining up at the same team from 2014.

But Spaniard Alonso, 32, insists that the Finn’s arrival at Ferrari will not cause him to change his motivation in any way.

“Sometimes you deliver the results that people expect, sometimes not,” said Alonso ahead of Sunday’s Singapore Grand Prix. “But I don’t think no-one will push me more than what I push now.

“Having two world champions [in one team], I don’t that makes any difference. It’s something that you keep writing and many people try to say, which is exactly the same as when I arrived here with Felipe. After four years he’s one of the best friends that I have here.

“So the next years will be the same.

“Felipe, I considered him like a world champion as well. It’s not like one title will change anything in the relationship in terms of pushing [for the title].”