Petra Kvitova beats Angelique Kerber to win the Pan Pacific Open title, while Heather Watson is beaten in the first round in Beijing

On the day after Li Na became the fifth player to qualify for the WTA Championships, Petra Kvitova took a significant step closer to qualification by winning her 11th career title in Tokyo.

The tall, big-hitting Czech had not won a tournament since Dubai in early spring, so she could not have discovered her form at a better time. Having fallen out of the top 10 for the first time since her breakthrough year in 2011 after she lost to a wild card in the third round of the US Open, she will reclaim the No7 ranking on Monday.

More important for Kvitova, she moves to within 10 points of Sara Errani in the race to Istanbul. And as the China Open, which has just begun in Beijing, has given all four Tokyo semi-finalists a bye to the second round, Kvitova is already guaranteed 80 points before she plays a match.

Her form contrasts strongly with that of 2012, when she lost her opener in Tokyo and the second round in Beijing. She went on to lose her only match in Istanbul. She will hope, rather, to replicate her run of 2011 when she reached the Tokyo semis, went on to win the Linz title—and she is scheduled to play there again this year—and then swept through the WTA Championships unbeaten.

Before that, though, she has the biggest tournament of the Asian swing, one of only four Premier Mandatory tournaments, in Beijing. She was drawn to meet Britain’s Heather Watson in her opener, but for the third time in as many tournaments, Watson lost in the first round after winning the first set. On this occasion, she led 6-1 before losing the next two sets, 3-6, 3-6, to the No55-ranked Varvara Lepchenko.

It marked one more disappointment in what has been a difficult season for Watson. She has been attempting to work herself back into form after a diagnosis of glandular fever blighted the start of her year.

This loss marks the ninth time since February that she has lost in the first round, and she has won just three main-tour matches over the same period. This is in stark contrast to 12 months ago when Watson won her first WTA title in Osaka and went on to reach a career-high ranking of 39 after reaching the third round at the Australian Open.

By coincidence, the runner-up to Kvitova in Tokyo this weekend, Angelique Kerber, is drawn to meet the other Briton, Laura Robson, in her opener in Beijing. First, though, the top-ranked British woman, currently 38, has drawn a difficult opener against world No33, Klara Zakopalova.

Robson, like Watson, made strong progress through the Asian swing last year, reaching a career-first final in Guangzhou, qualifying for Beijing and reach the second round, and then making the quarters in Osaka. This year, though, she lost in the quarters in Guangzhou so will want to go deeper in Beijing to avoid slipping out of the top 40, especially if she is to ensure a seeding at the Australian Open at the start of 2014.

Kerber will pose a major obstacle, set as she is on qualifying for Istanbul. Her Tokyo points take her into the top eight in the race, and a decent run in Beijing could see her seal her second year at the Championships. 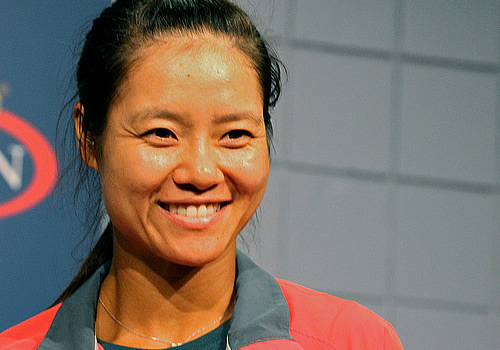 Li Na has become the fifth player to qualify for the WTA Championships (Photo: Marianne Bevis)

She and Robson, both big-hitting left-handers, have split their last two matches in tight three-setters, but they have not met for over two years. Since then, Robson has regularly taken out top-10 players on the big stages, including Li, Kvitova and Agnieszka Radwanska since last year’s US Open.

The Beijing draw has, not surprisingly, drawn a top-quality field that is missing only Maria Sharapova—nursing a shoulder injury—and the retired Marion Bartoli amongst its 16 seeds. The tournament is rich in prize money, a cool $860,000 for the winner, and has 1,000 points for the winner. That makes it a game-changer when it comes to qualification hopes for Istanbul.

Caroline Wozniacki, who made a strong run to the semis in Tokyo, enjoys a bye in the first round, but hopes of another semi finish here are likely to be derailed at the quarters by the top seed, Serena Williams, though the American did not play in Tokyo due to fatigue. Williams has played more matches this year—and won 67 of them—than any other woman on the tour.

Wozniacki may first have to play a rival for a ticket to Istanbul, No11 in the race Sloane Stephens: They are set to meet in the third round.

No6 in the race, Sara Errani, is scheduled to play Kvitova—and they are neck-and-neck in the race—in third round.

Jelena Jankovic needs a deep run to keep her hopes of Istanbul alive but faces a tough opening opponent in Anastasia Pavlyuchenkova, ranked 29 and a finalist in Seoul last week.

Among other interesting match-ups is Sam Stosur against Lucie Safarova in a repeat of their third-round meeting in Tokyo. Stosur continues to struggle with her form, not making it past the third round in a Grand Slam for the first year since 2008 and missing out on the Championships for the first time since 2009. Safarova, however, put together an eight-win streak from Quebec to the Tokyo quarters, where she finally succumbed in three sets to Wozniacki.

And on paper, Kvitova could find Venus Williams in her path, just as she did in the Tokyo semis in what became the match of the tournament. But while Williams played some wonderful tennis to take out an ailing Victoria Azarenka and then the No13 seed Simona Halep—as well as winning the first set against Kvitova—she has a tough draw to set up a rematch: No13 seed Sabine Lisicki and then No4 seed Li.

The big question, rather, is whether Williams’ younger sister, the 32-year-old Serena, can win her 10th title in 2013. It would take a brave person to bet against it.