Italian Grand Prix 2013: What lessons did we learn as Sebastian Vettel extended his drivers' championship lead at Monza? 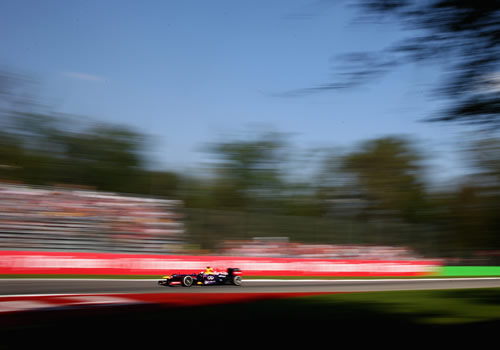 Nico Hulkenburg has a promising future

Sauber’s Nico Hulkenberg has been the shining light of the entire weekend at Monza and deservedly so. The German’s timing could not be better as he put in a storming performance which is sure to impress the Ferrari bosses who are due to confirm their 2014 line-up. With rumours rife that Hulkenberg is in the running for a spot with the red men his performance this weekend will surely stand him in good stead. Regardless of who he drives for next year, it is obvious that Hulkenberg has that extra little something that could see him become one of the future greats of the sport.

No matter how many world championships you win it doesn’t make you the people’s champion. While Italy is considered the home of Ferrari and it is understandable that the crowd wanted to see a red win there seems to be a theme developing at races. The past few races have seen crowds boo Sebastian Vettel on the podium. Is this a sign of a growing unpopularity for the German? There have been fingers pointed since at him since his feud with Mark Webber at the Malaysian Grand Prix – with fans voicing their discontent over Vettel ignoring team orders.

Everyone loves a fighter

Lady luck was not with Lewis Hamilton this weekend – with Adrian Sutil impeding him in qualifying seeing the Brit start from 12th and suffering several problems during the race. Despite all this Hamilton’s passion is clear and he pushed himself to the limit at Monza so it is a shame that his championship hopes have been shattered. Even if you are not a fan of the Brit, it’s hard not to feel sorry for him, especially because he has clearly taken this tough weekend to heart and blames himself.

Wrestling reinstated to Olympics ahead of baseball/softball & squash