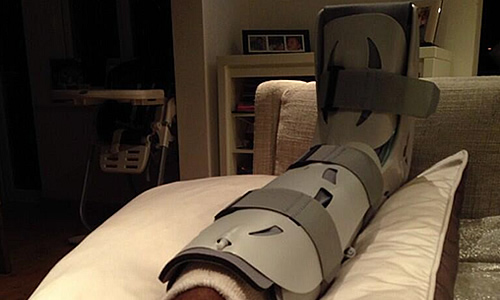 Brendan Rodgers is hoping Liverpool right-back Glen Johnson will make a return to action in the “next couple of weeks”.

The England international was substituted with an ankle injury in the latter stages of Liverpool’s 1-0 victory over Premier League champions Manchester United at Anfield earlier in September.

And the Reds boss admitted Johnson’s spell on the sidelines was a blow after the defender’s “outstanding” start to the top-flight campaign.

“Glen is the type of player that you don’t realise until he’s not in the team, what you are missing,” Rodgers told Liverpool’s website.

“He is athletic and he started the season very, very well. Against Manchester United he was outstanding.

“He’s got the boot off his foot and he is working very hard. Hopefully in the next couple of weeks he will be back.”

On Monday, Johnson posted his own injury update via the defender’s Twitter page, including a picture of the cast.

The 29-year-old said: “This is finally coming off today! #MentalBoost”