Mourinho expecting big things from Eto’o at Chelsea this season 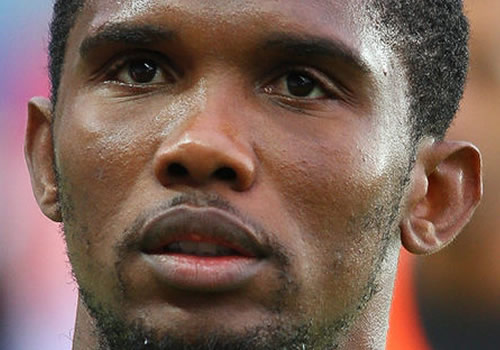 Jose Mourinho has backed Samuel Eto’o to make a big impact at Chelsea this season following his transfer from Anzhi Makhachkala.

The 32-year-old Cameroon striker signed a one-year deal with the west London club after moving to Stamford Bridge on a free transfer last week.

Eto’o previously worked under Mourinho during the Portuguese coach’s spell in charge of Inter Milan and won the Treble in 2010.

And Mourinho believes that the objective of adding a Premier League winners’ medal to his collection was one of the factors behind Eto’s move to Chelsea.

“Samuel is a very experienced striker as everybody knows, and a winner,” Mourinho told Chelsea TV.

“He’s a guy who in spite of winning everything, he never lost his desire to win.

“He comes to England with the same objective with which I went to Spain – he wants to be the first one to win the Spanish, the Italian and the English league as a player, and he always wanted to play in the Premier League so he comes with big motivation.”

Abou Diaby: You’ll see me back at my best at Arsenal