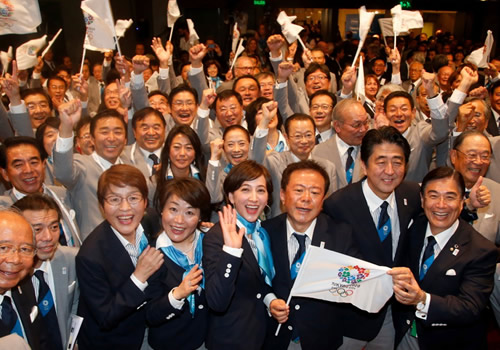 Tokyo will be the first Asian city to host the Games twice Photo: Tokyo2020

Tokyo will stage the 2020 Olympics – becoming the first Asian city to host the event twice.

The Japanese capital, considered the frontrunner, convincingly beat Istanbul in the final round of voting at the International Olympic Committee’s meeting in Buenos Aires.

As outgoing IOC President Jacques Rogge announced the result, the normally reserved Japanese delegation – headed by Princess Takamado, who was particularly impressive during their presentation to members – temporarily lost their cool.

They were bidding for the fourth time having been unsuccessful in their candidature for the 1960 and 2016 Games.

Despite being seen as warm favourites in the race, recent history confirms such status invariably means disappointment.

However, despite concerns over the crippled Fukushima nuclear plant, Tokyo’s message of delivering a ‘safe and stable’ Olympics clearly resonated with the 103-strong IOC membership.

Tokyo’s presentation was passionate and emotional, unlike their much criticised attempt four years ago in Copenhagen, and the countries obvious enthusiasm for Olympic sport also won over IOC members.

Madrid, bidding for the third straight time, were eliminated in the first round of voting, but only after a dramatic revote.

They polled exactly the same number of votes as Istanbul but, following a secondary ballot, which went 49-45 against them, the Turkish city progressed, ultimately unsuccessfully, to the final two.

However, the final vote was not close, Tokyo polling 60 votes to Istanbul’s 36. Indeed, Tokyo lead proceedings throughout – in the first vote they gained 42 backers compared to Madrid and Istanbul’s 26.