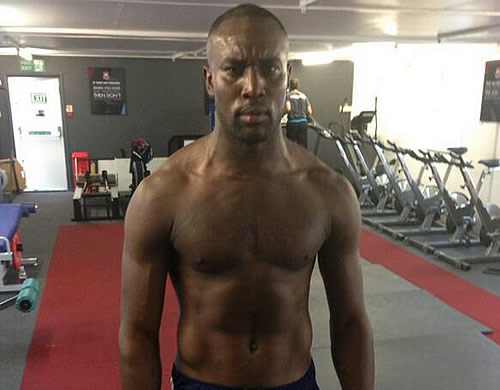 Carlton Cole posted this photo on Twitter amid questions over his fitness Photo: Carlton Cole/Twitter

Tony Cottee has urged West Ham United to reconsider a move for Carlton Cole after Andy Carroll suffered another injury setback this week.

Cole, 29, looked set to rejoin the east London club last week but the move fell through due to concern over his fitness levels.

But ex-Hammers striker Cottee believes that his former employers would be foolish not to make a new move for Cole following Carroll’s latest injury setback.

“I don’t quite know what has happened because Carlton loves playing for West Ham, he loves being at the club and on his day he is a real handful,” Cottee told talkSPORT.

“If you are going to have someone as a back-up to Andy Carroll, surely Carlton Cole is that man. I don’t know why he didn’t sign a new contract.

“They now need to work really hard to get him back to some match fitness because [Madibo] Maiga has been poor in the first two or three games of the season, [Ricardo] Vaz Te is unsettled and Elliot Lee is a good player, but he is only 18 years of age.

“They are really struggling in terms of who plays up front for the club. They need Carlton Cole back fit and there is obviously going to be pressure on Petric to hit the ground running.”