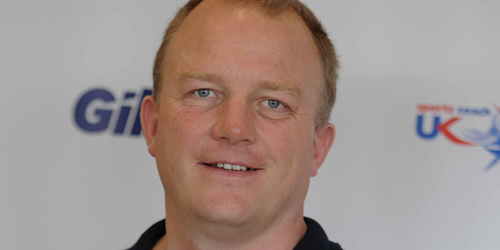 Assistant coach Dave Rotheram insists Scotland’s 2013 Rugby League World Cup squad is the best they have amassed in a decade.

The great and the good of international rugby league will descend on the UK, Ireland and France later this month, with all eyes on who will lift the World Cup trophy on 30 November.

And while Scotland might be considered outsiders to do exactly that, having never previously escaped the group stages after no longer forming part of Great Britain in 2000, Rotheram believes their rivals should underestimate the squad at their peril.

Rotheram and head coach Steve McCormack have worked together since 2004 and in the following ten years the former is adamant Scotland have never been in better shape than they currently find themselves.

Being able to call on newly-crowned Super League man of steel Danny Brough supports this claim but Rotheram believes it is their all for one, one for all mentality that truly makes Scotland dangerous.

“I was involved in the last World Cup in 2008 with Scotland, again as Steve’s assistant, but this time around it feels different on a number of levels, all positive,” said Rotheram, speaking at the launch of a new RFL coaching programme, ‘Embed the Pathway, supported by Gillette.

“First of all it is the best squad that we have assembled for ten years, for sure. There are some high quality individuals that we can call upon.

“The obvious one is Danny who is great for us. He is a fantastic player and he is great with the other players.

“He is also very proud to play for Scotland, through his grandfather. He has progressed massively since his debut in 2004 as a player to be captain of the Huddersfield Giants and to be man of steel so it’s great for us to have player like that.

“But the thing for me that stands out is the togetherness of the squad. We set our stall out two years ago when we knew the World Cup itinerary and everyone has bought into that.

“We talked to the group of players that we had then during the European Nations Cup that we were setting our stall out over a three season campaign that would culminate in Scotland being in a World Cup quarter final and everyone is determined to do at least that.”

Scotland find themselves in Group C alongside Tonga and Italy, while they also face the United States in an inter-group match.

And with only the top of the group progressing to the quarter-finals, Rotheram knows just how important getting one over Tonga first up on October 29 will be.

“No disrespect to Italy but I would imagine that us and Tonga are the two favourites in our group,” he added.

“And with the two of us playing first up it’s a big game for us, we need to work hard as a group and we need to make sure we get a result otherwise it
could be over before it gets going.

“The squad has come together as a group of individuals at the moment but very quickly they need to mould together as a team and I am certain that will happen.”

Gillette’s partnership with the RFL and its investment in the RFL coaching programme is part of The Great Start Programme which aims to celebrate and encourage the coaches who will inspire the next generation. For more information visit www.facebook.co.uk/GilletteUK