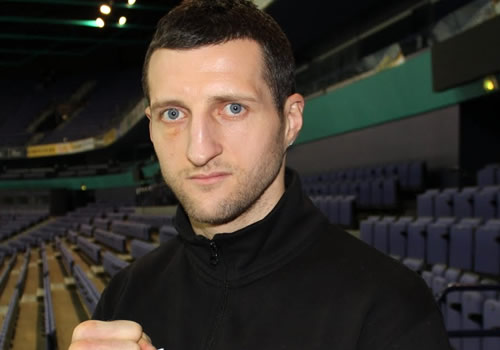 Carl Froch takes on George Groves in the eagerly-anticipated fight in Manchester next Month – and tickets for the sold-out bout are available on viagogo!

Froch vowed to teach his opponent “a very valuable lesson” as the pair traded insults in a pre-fight news conference.

“You’re going to learn a very valuable lesson. A lesson about respect,” Froch told Groves at a news conference earlier this month.

“You’ll get knocked out, simple as that. You know it and all. It’s that look in your eyes. I can see it. You’ve got the face of a worried man, haven’t you?”

Challenger Groves insisted he is full of confidence that he can take Froch’s titles, despite being the underdog heading into the fight.

“I’ve worked hard to get to the mandatory position and I think I’m in a great spot in my career to take Carl’s titles. I’m going to go in as the underdog but that’s fine with me, it didn’t affect me when I beat James DeGale and it won’t when I beat Carl.

“I have felt for some time that I have the beating of Carl in this fight and although it may be an upset with everyone else, I’m very confident I’ll be a world champion on November 23.”

With the stage set for an enticing fight on 23 November, why not book your seat in Manchester today?